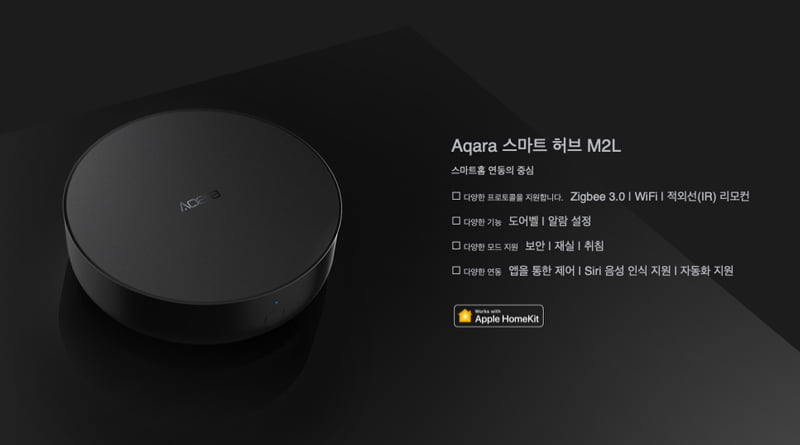 The long-awaited replacement of the current Aqara hub, namely Read M2, has not made its debut yet, and although the new hub is listed on the Aqara site’s Chinese version, it has not yet been officially listed on any of the other regional sites within the organization. Nevertheless, Aqara site in South Korea tended to be M2-or rather M2L.

It is also being addressed as Aqara plans to bring M2, together with its G2H-enabled HomeKit app, to market by the end of the first quarter of 2020. From the Korean website overview it appears the M2L specifications are the same. As M2, as is the model number (ZHWG12LM), it is not quite clear why the Korean version has suffix L, although as revealed in our recent article, there is also an M1S mentioned in the Aqara application, which could mean that M2L and M1S are changed only for the Korean regulations and requirements.

If you are not familiar with the M2, here are some specifications for this new device: