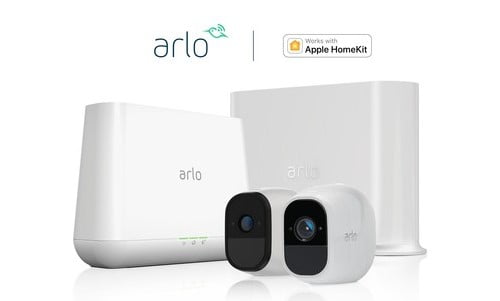 IOS users can now access certain features of their Arlo Pro or Pro 2 cameras in the HomeKit ecosystem with the help of the Apple Home app and Siri voice commands.

Compatibility with HomeKit, Apple's smart home platform, will provide greater convenience to iPhone and iPad users, according to the company.

IOS users will be able to access some features of their Pro or Pro 2 cameras in the HomeKit ecosystem with the help of the Apple Home app and Siri voice commands. In addition, a free automatic firmware update is being deployed for new or existing users, Pro or Pro 2, operating on one of two compatible base station models.

"With the constant evolution of smart home ecosystem protocols and the environment, cross-compatibility is an area we're constantly exploring," says Tejas Shah, SVP product and CIO. "Knowing that HomeKit support resonates continually with our users, we wanted to extend these offerings to our wireless camera solutions. By optimizing compatibility to work with both the HomeKit ecosystem and the Arlo app, our users now enjoy increased comfort. "

HomeKit allows users to safely control smart home products via the Apple Home and Siri app on iPhone, iPad, Apple Watch, Mac and HomePod. Existing users of Arlo Pro and Pro 2 security cameras whose cameras are paired with the VMB4000 or VMB4500 base station models will now be able to receive notifications on the Apple Home app when motion is detected.

IOS users can also use Siri to quickly activate a live HD streaming stream on their iPhone or iPad. With HomeKit, Arlo Pro and Pro 2 users can also configure automation to control other HomeKit-enabled smart home devices.

For example, users can set up automation so that HomeKit compatible lights turn on at certain times when motion is detected by an Arlo Pro or Pro 2 camera.