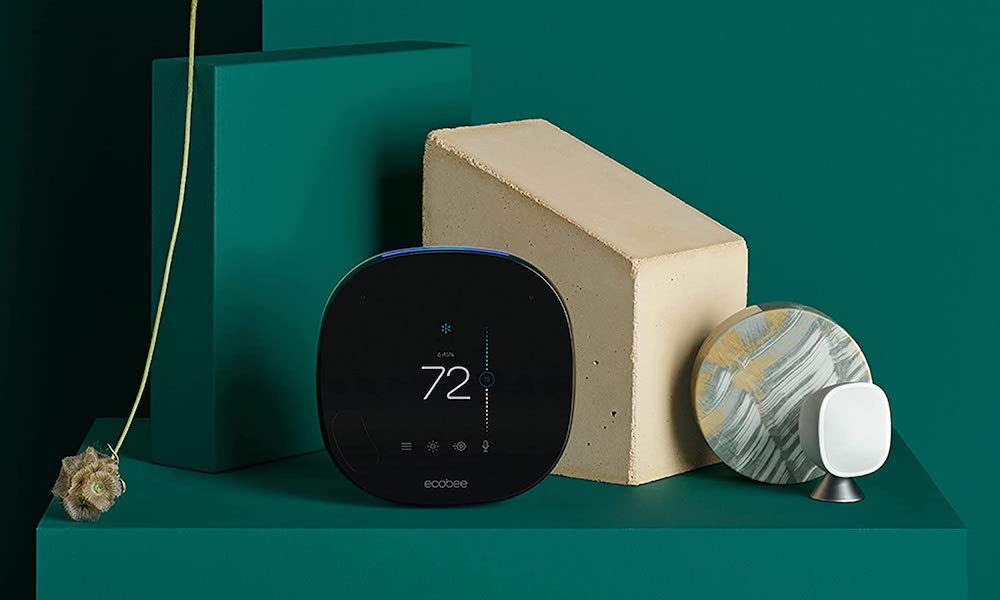 One of the most exciting improvements coming to the Apple HomeKit ecosystem with iOS 15 is the ability to talk to Siri about third-party accessories, opening up a world where you can truly reach out to your voice assistant from anywhere in your home.

It’s something that’s been possible for a long time with Siri’s biggest rival, Alexa Amazon, but it’s a significant extension for those who prefer to stay firmly rooted in the much more secure and private world of HomeKit.

Although Apple announced this feature at WWDC in June, it takes accessory manufacturers to get on board. However, some like Ecobee have not wasted time in announcing that their thermostat will be the first in line after the release of iOS 15 in the fall.

In fact, the company’s popular Ecobee3 was actually one of the first truly smart thermostats to embrace HomeKit when it was first launched years ago, so it wasn’t a big surprise that the company would be quick to embrace the new Siri support – and now it’s officially here.

The best part of this is that you won’t even need a new thermostat to use this feature, as Ecobee offers it as a firmware update for its current SmartThermostat with voice control, which was launched in 2019.

According to Ecobee, the software update has already begun and, although it will be a phased launch, the company says all SmartThermostat customers should have it in the next few weeks.

Unfortunately, this only applies to current SmartThermostat with voice control. Although Ecobee launched its first voice assistant-capable thermostat, Ecobee4, in 2017, this older model does not have the hardware to handle the new Siri support.

To be fair, it lacks other features of the current SmartThermostat, such as Alexa calls, Bluetooth streaming and Spotify Connect.

However, this also means that the Ecobee SmartThermostat receives another bonus: AirPlay 2 support.

Ecobee did not specifically announce this capability, however The Verge confirmed that it really appears as an AirPlay destination when streaming audio from an iPhone, iPad, Mac or even Apple TV.

Although you don’t necessarily want to listen to your favorite songs on your SmartThermostat’s small speaker, it should be more than good for streaming things like podcasts or audio books, and combined with AirPlay-compatible smoke alarms. it could even be a great way to play ambient music around your home.

Actually, The Verge also notes that this is an area where Siri integration on the Ecobee SmartThermostat is beyond Alexa, as the latter does not work with multi-camera audio.

How do I configure it?

The setup process is extremely simple, especially if you already use Ecobee SmartThermostat with HomeKit. As soon as the new firmware has been delivered to your thermostat, you will receive a notification in the Home application asking if you want to activate Siri, after which you go through a process similar to that of a new HomePod, including the request if you want to activate activate personal requests.

As this shows, Apple Siri’s support for third-party hardware goes beyond just managing home automation requests. You’ll be able to ask your SmartThermostat anything you can tell a HomePod mini, including checking messages, reminders, and appointments on your iPhone.

It may not be so surprising, though, because Siri on the Ecobee SmartThermostat – and all the other upcoming third-party Siri compatible devices – still requires you to have at least one HomePod device on your network.

In other words, Apple has not gone so far as to allow third-party manufacturers to build full Siri intelligence into their devices. Instead, it looks like all heavy lifting will still be done by a HomePod device. Of course, since the HomePod and HomePod mini also double as the Home Hub, it’s likely that anyone invested in the HomeKit will have at least one in their home anyway. Apple also notes that this will work with the discontinued HomePod, but apparently not with other Home Hub devices, such as the Apple TV and iPad.