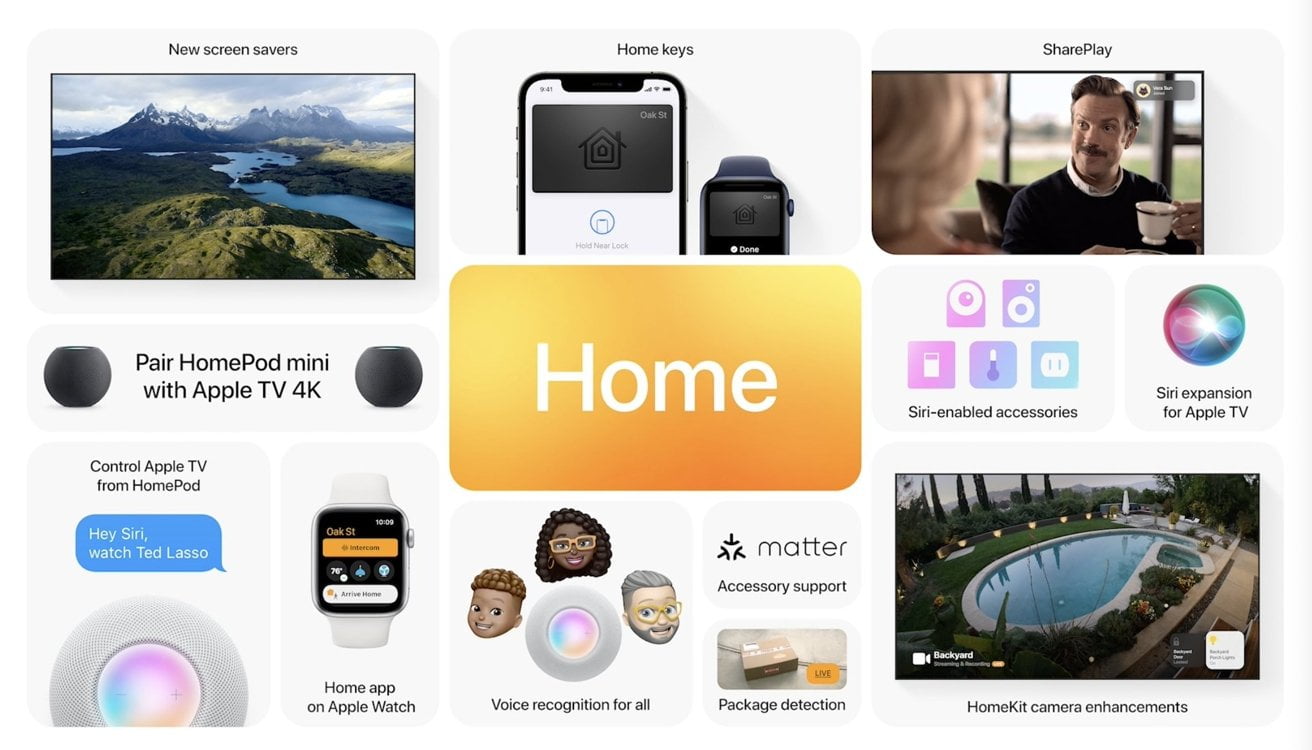 AppleInsider is supported by its audience and can earn commission when you buy through our links. These affiliated partnerships do not affect our editorial content.

A multitude of improvements are coming to the Apple HomeKit platform later this year, driven by a new industry interoperability standard called Matter, which will receive support from Apple and others, helping to unify the smart home market.

Matter support will be integrated into iOS 15 and will be part of the Home app, allowing users to control both HomeKit and Matter devices in one place.

HomeKit also gains a new feature called home keys, which will allow users to touch the clock or phone to unlock the door.

The integration between the HomePod and the Apple TV will also be improved, as users will be able to ask Siri on the HomePod to play something on the Apple TV completely hands-free. This will add to the new SharePlay functionality that Apple brings later this year, making it easier to view content with friends synced to FaceTime, as well as content recommendations for group viewing.

Apple has also announced that a number of enhancements will come to the Apple Watch Home app in watchOS 8. Users will be able to tap an intercom button to send a message to speakers across the house, and the app will also provide , a quick access to the accessories that a user is most likely to need at that time.

HomeKit security cameras will also be enhanced with package detection, informing users when a delivery is made to the front door.

Apple TV will also gain HomeKit features, with a demonstration showing users turning on the outside lights from a security camera view. And HomeKit on tvOS will allow users to display multiple cameras at the same time.

HomeKit enhancements are scheduled to arrive this fall along with other Apple platform updates, including iOS 15, watchOS 8 and iPadOS 15.

Follow all WWDC 2021 with a full version AppleInsider coverage of the week-long event from June 7 to June 11, including details on iOS 15, iPadOS 15, watchOS 8, macOS Monterey and more.