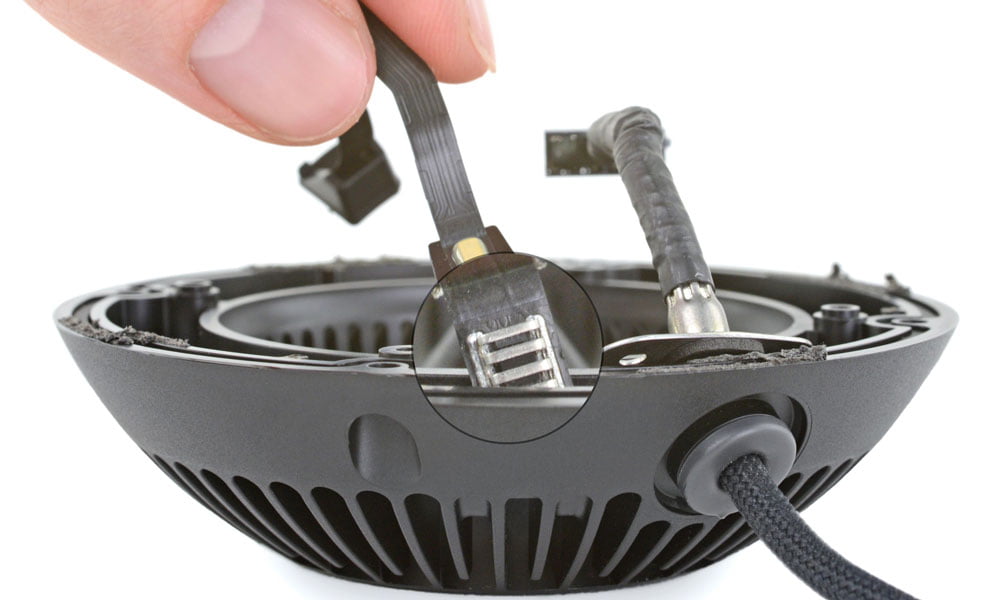 As the large Apple HomePod heads into the sunset, it looks like the company could have even bigger plans for its smaller and more affordable mini HomePod, with a recent report revealing sensors hidden inside which could be activated through a software update, adding even more features to the smart speaker.

Apple’s presentation of the HomePod mini last fall has already shown us a pretty strong difference in the company’s strategy for the new speaker. Compared to the original 2017 HomePod ad, which focused almost exclusively on the superior acoustic engineering behind the larger speaker, the HomePod mini made only passing references to sound quality, reducing its place in the world of home automation.

While it’s understandable that Apple wouldn’t have much to say about the sound of a $ 99 speaker, the new approach was clearly more fundamental to what was Apple’s latest final game for the HomePod family: an emphasis on The home more than anything else.

So, it may not be so surprising that the HomePod mini actually packs into hidden environmental sensors.

Conformable Bloomberg’s Mark Gurman, buried in the small speaker is a sensor that measures both temperature and humidity. Apple has said absolutely nothing about this sensor, and at this time, there are no consumer-oriented features to use. However, Gurman was reliably informed of discussions within Apple about what could be used.

The sensor, which confirmed its existence I’ll fix it, is an extremely small component, measuring only a 1.5 mm square, buried in the lower edge of the housing, next to the power cord. It is a shelf component produced by Texas Instruments, called the digital humidity and temperature sensor HDC2010.

What is it for?

To be clear, this is not just a sensor for monitoring the electronic status of the HomePod mini. The position of the sensor clearly shows that it is designed for measurement external conditions. In other words, the environment in the room where the HomePod mini is located.

Gurman also adds that sources told him that Apple specifically discussed using the sensor to determine the temperature and humidity of a room so that they can be powered by thermostats connected to the internet, which could regulate temperatures accordingly. .

It’s unclear if this means Apple intends to produce its own first-party thermostat, but at least that data could be entered into the HomeKit, allowing users to monitor room conditions as well as set up automations based on them.

HomeKit-compatible environmental sensors already exist from companies like Eve, and thermostat manufacturers like Ecobee provide their own remote sensors to monitor home conditions as well. However, given the prices of many of these standalone accessories, a $ 99 mini HomePod that already includes them sounds like a very attractive idea.

This would also be Apple’s first attempt at a home automation accessory. While HomePod, HomePod mini, Apple TV can act as Home Hubs and appear as devices in the Home app, Apple has left other home automation devices such as temperature sensors, door locks, thermostats and lights, up to the third- party partners.

Again, it’s unclear how far Apple intends to do this; as Gurman points out, there are already 40 thermostats featured on Apple’s home accessories page that are compatible with HomeKit, so it seems pointless to reinvent the wheel. However, at this time, the use of temperature sensors in HomeKit now requires the manual creation of automations, which can be a complicated process to be correct.

Probably, if Apple just wanted to enter data into the Home app in the same way as any other temperature sensor, it would have already activated the sensor in the HomePod mini. The fact that he did not do so suggests that he has much bigger plans in the works. A HomeKit feature that could provide more integrated temperature and humidity monitoring would be a big step towards a more useful and uniform home automation ecosystem.