Hunter Fan Company announced today that it is expanding its SIMPLEconnect collection of Wi-Fi compatible ceiling fans, all of which offer HomeKit support for fan control with the Apple Home app or Siri voice commands. 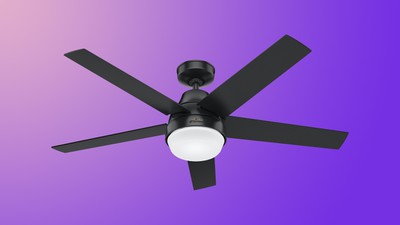 It is said that the new Aerodyne fan in the image above will offer an airflow speed 20% faster than the main competitors. The 52-inch fan is equipped with an LED light and is available in matte black or matte silver for $ 179.99 at HunterFan.com.

In addition, Hunter Fan Company plans to launch a new Stylus fan later this year, but no details have been provided. This will extend Hunter Fan Company’s range of Wi-Fi fans to 15 models, including Aerodyne, Signal, Symphony, Romulus, Radeon, Advocate, Apache and more, many of which can be found in home improvement stores. .