iPhone is getting ‘CarKeys’ but what about ‘HouseKeys’? 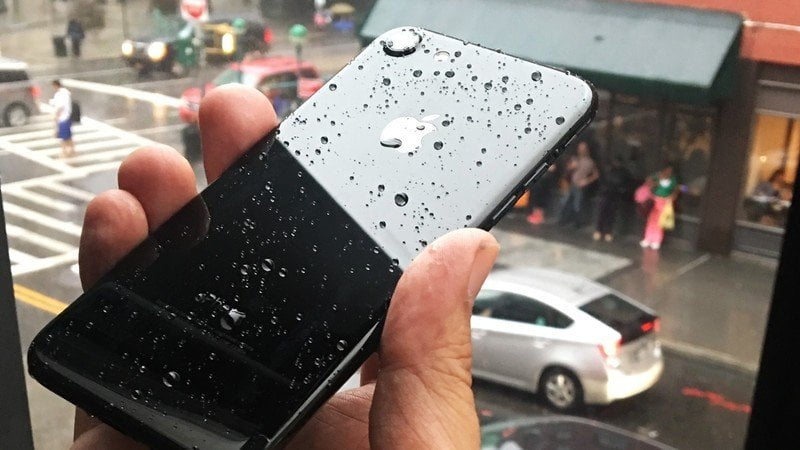 Earlier this month, a code was found in iOS 13.4 beta for a CarKey API or application programming interface. CarKey seems to be a system that allows the iPhone or Apple Watch to lock, unlock, even start the car … if your car has NFC and Apple partner manufacturers to make it all work.

And … it sounds wonderful. Great indeed. But it still sounds so limited compared to the future Apple Watch we've been dreaming of for more than half a decade: the key to everything.

The key to the car

So, the CarKey aspect of the first beta was that you remove your iPhone, put the NFC reader on your car, open the Wallet app and tap to start a new association. Then, as with Apple Pay, it should authorize you, most likely through another iPhone application provided by the car manufacturer. So like a Toyota app.

Save on VPN offers from ExpressVPN, PureVPN, Surfshark and more

This would make the mating process quite safe, both in terms of proximity and property. This means that not only do you have to authenticate through the application, but you also have to be in the car itself, which makes it difficult for the stolen accreditation process or spoiled NFC. You would need both, at least.

If the auto-setup process fails, it will revert to a pin code so you can still complete the manual setup.

Next, CarKey will generate a virtual key and store it in your wallet, just as Apple Pay generates a virtual credit or debit card and stores it in your Wallet. And, you would have the option to share that key from the iPhone wallet to the Apple Watch wallet, if you have an Apple Watch. Again, like Apple Pay.

Now, a key difference between CarKey and Apple Pay seems to be this: The availability of an express mode for CarKey on the iPhone.

To use CarKey, hold the iPhone or Apple Watch on the reader. It will work automatically, without the need for face identification. You can change the express mode settings in your wallet.

This is a feature that Apple already offers for transit crossings to help speed up the process. Instead of having to touch ID or Face ID first, or perhaps keep in touch with the Apple Watch heart rate sensor, to activate it, just tap as you go. Basically, trade the convenience of speed for biometrics security.

While someone who lives in a country where I've had tap-to-pay credit cards for more than a decade, it was a little unpleasant to think if you threw the card at the gas station, someone might – pick him up and leave. on short-term short-term purchases.

Apple Pay got rid of this completely by requiring biometric authentication via Touch ID or Face ID on the iPhone or through constant contact with the heart rate sensor on the Apple Watch.

The advantage is that CarKey should still work, even if your iPhone or Apple Watch runs out of battery. And, yes, it would be a real downer if running out of juice meant being locked out of the car.

The downside is that if you lose possession of your iPhone or Apple Watch and probably haven't remotely deleted it, someone else could use it to unlock and start the car. But … that's true for the keys to real-world cars ever … forever.

And it seems that if security is more important to you than convenience and you're not worried about a dead device getting you out of the car, you'll be able to turn off express mode and have to authenticate biometrically before you can go for a ride on your trip. .

At first, it was unclear how CarKey would handle multi-person vehicles. In other words, families or anyone sharing the car regularly.

With the Wallet app, you can easily share regular passes, such as movie tickets, just by touching the share icon and choosing AirDrop or messages or any target. Apple Pay Cards, not so much. You must either give them to your device and register their fingerprint for Touch ID or give them their password instead of Face ID. Because there, security beats convenience. You can iMessage Apple Pay Cash, at least in the U.S. and let them pay for themselves. And this seems to be how CarKeys will handle sharing.

In iOS 13.4 beta 2, released this week, there is a new feature for sharing CarKeys via messages. Like Apple's Pay Cash, it will only work on one-on-one messages, not on group messages, so you can't share the keys with your entire Westworld fan chat all at once, fortunately for everyone involved, but you can send it to your spouse or child or even your friend who is boring your car for that day.

Probably, hopefully, there will be options for expiration, never or manually for your immediate family up to an hour or at the end of the day, such as Location Sharing already offers in iMessage.

So what else could I want?

Back in 2014, before the Apple Watch was even announced, I said the criminal function would be convenient. Recording fitness, HomeKit control, alerting through notifications, and authenticating things like press-on.

We have Apple Pay pretty fast, but not too much, not for long.

Aloft, the hotel chain, tried a smart solution almost immediately, at least in a few locations such as Cupertino. Put an application on your iPhone or watch and then, to prevent unlocking your hotel room when you were too far away, you held it to the door, and the metal would deform an electromagnetic field, and this additionally signal from the application will would unlock. Again, a smart solution, but still a solution.

Internally, at Apple Park, Apple has begun to use Apple iPhones and watches instead of traditional security books. They also launched the system in several schools and developed it as part of the student identification program of the time.

There have also been plenty of HomeKit locks, but they are nowhere near as elegant as what Apple does with CarKey.

You can use Siri or the Home app or provider to lock and unlock, and some also offer proximity unlock, but nothing as accurate as NFC.

And they are also brilliant. I have an August blockage and when I switched to my new phone, the blockage only appears in the August application as once every two weeks and it is a pain in applications to reset it, so most of the time I just went back to using the key mine, like an animal.

I also had this problem with the rental cars, where I got NFC fobs instead of keys and I couldn't detect it until I had to abandon it on the side of the road and ask for a replacement of the key vehicles. .

So, yes, these things are still all hella buggy shades and the Battlestar Galactica approach – the whole analogue, all the time, is often the safest.

Part of the problem with HomeKit locks, I think, is how blocked Apple kept the NFC on the iPhone. For security and maybe just general control issues, Apple doesn't let developers just do what they want with it. They've added reading functionality over the years, but I don't think it's nearly open. And I don't think I want it to be, given the attack vector it creates.

What I want is a HomeKey API similar to the CarKey API, which would allow crash companies to do exactly what car companies can do – to provide much better, more convenient, safer, more robust functionality for those of us who really want the iPhone and Apple Watch to be our keys. Not just for cars, but for everything.