AppleInsider is supported by its audience and can earn commission as an Amazon partner and affiliate partner for eligible purchases. These affiliated partnerships do not affect our editorial content.

Ecobee became the first third-party product to integrate Siri into its smart speaker, and we tested it with the Ecobee SmartThermostat in recent days. Here’s how it works, how to set it up and what it can do.

What do you need

To get started, you will need the current Ecobee SmartThermostat. This thermostat has worked with HomeKit since its launch and now it becomes more capable only with this update. Fortunately, existing owners will not have to buy a new device.

SmartThermostat must be running firmware version 4.7.5.352 or later, and HomePod mini must be on software version 15.

You also need a mini HomePod (check the latest prices). To protect user privacy, third-party speakers with Siri only direct your requests through the HomePod mini. HomePod mini has much more processing power and is more secure than competing assistants.

As long as both devices are configured on the same network, you’re ready to configure Siri.

How to configure it

Setup is as easy as it should be. If you are configuring the thermostat for the first time with HomeKit, it will appear as one of the books during the integration experience. If you already have the thermostat connected, it is slightly different.

Adding Siri to the Ecobee SmartThermostat

Once activated, there will be a new Siri section in the Ecobee SmartThermostat settings. 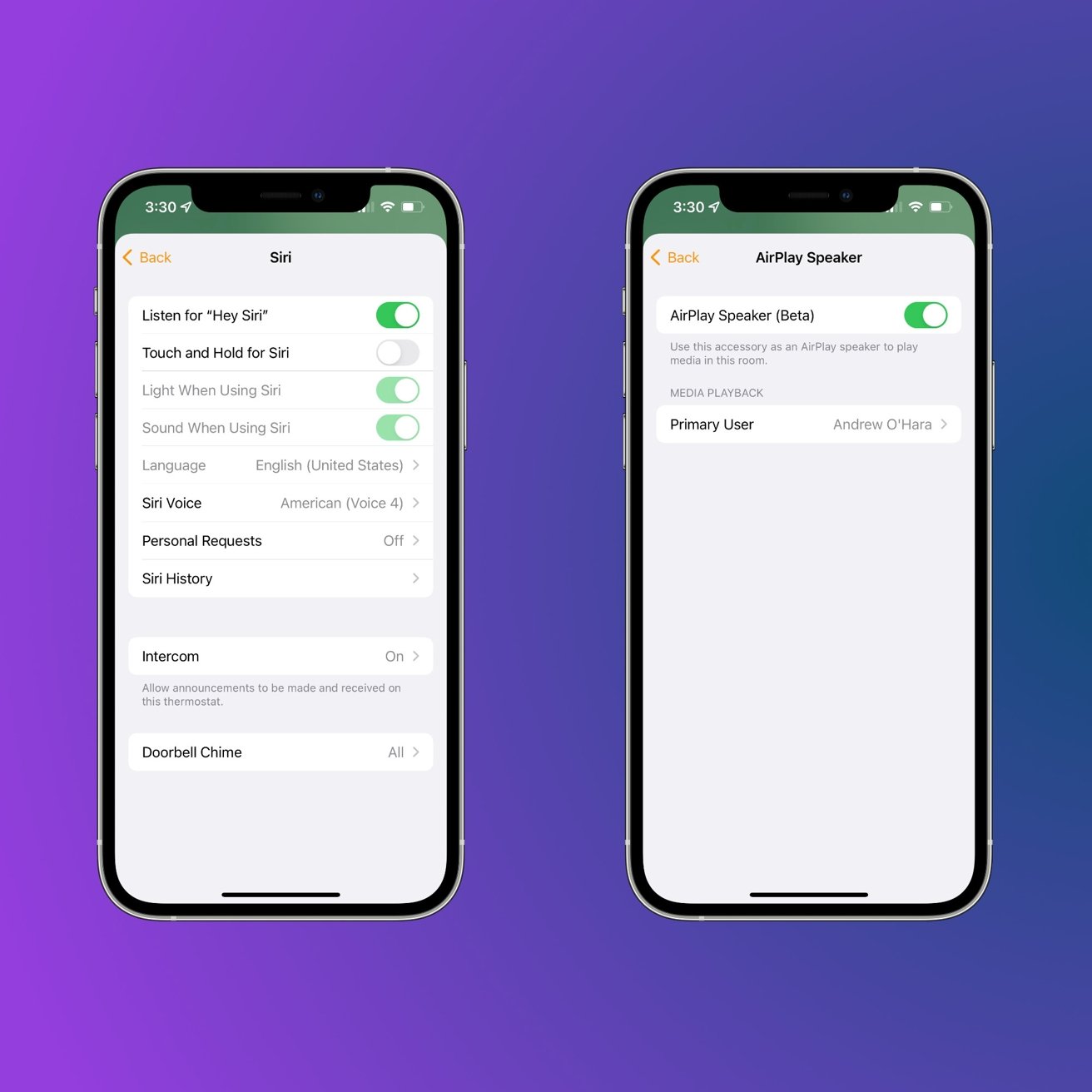 From the panel of this setting, you can enable and disable “Hey Siri”, enable “long tap for Siri”, and turn light and sound on or off. Siri’s voice can be set, and personal requests can be turned on or off.

This is also where your Siri history can be deleted.

What can he do

With Siri added, you can use SmartThermostat very similar to how you use HomePod mini. You can ask your Apple Assistant your usual questions, control your smart devices at home, and adjust media playback.

The intercom is supported by SmartThermostat, so you can communicate with your family more easily, as can timers and alarms. Timers and alarms are both displayed in the Home app, as are the HomePod and HomePod mini.

If you have a HomeKit sound or a video camera with a ringtone, it can also call you Ecobee SmartThermostat.

Going back to those media controls, Siri wasn’t the only feature added with this update. It also supports AirPlay 2, albeit in beta. 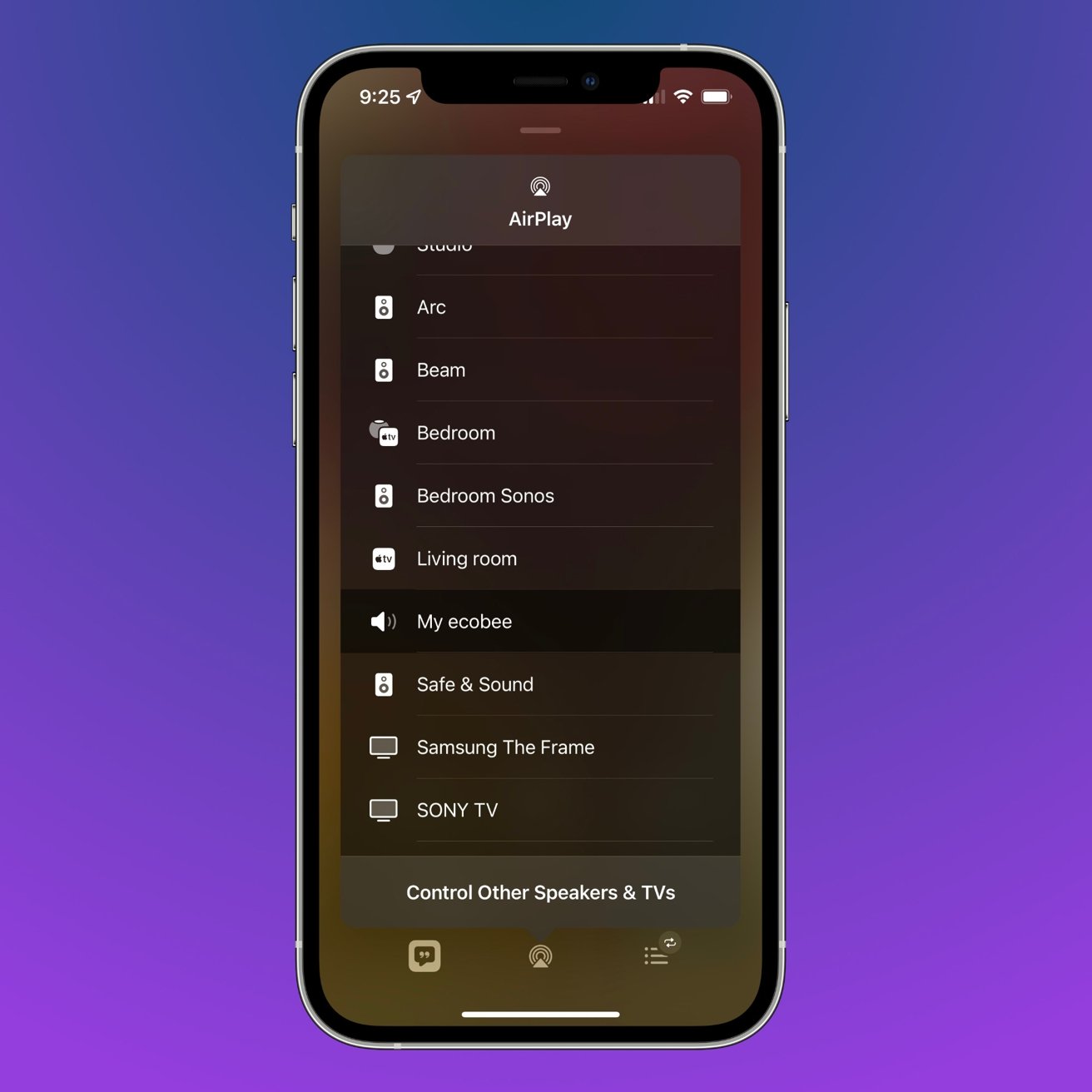 This can be activated from the SmartThermostat Home settings, just like anything else. Then you can stream audio from almost any Apple device to your SmartThermostat. It appears in the AirPlay menu along with dedicated AirPlay speakers, HomePods, smart TVs and Apple TV.

You can invoke Siri by tapping the display or use voice. Say “Hey Siri” to your SmartThermostat and it will come to life. 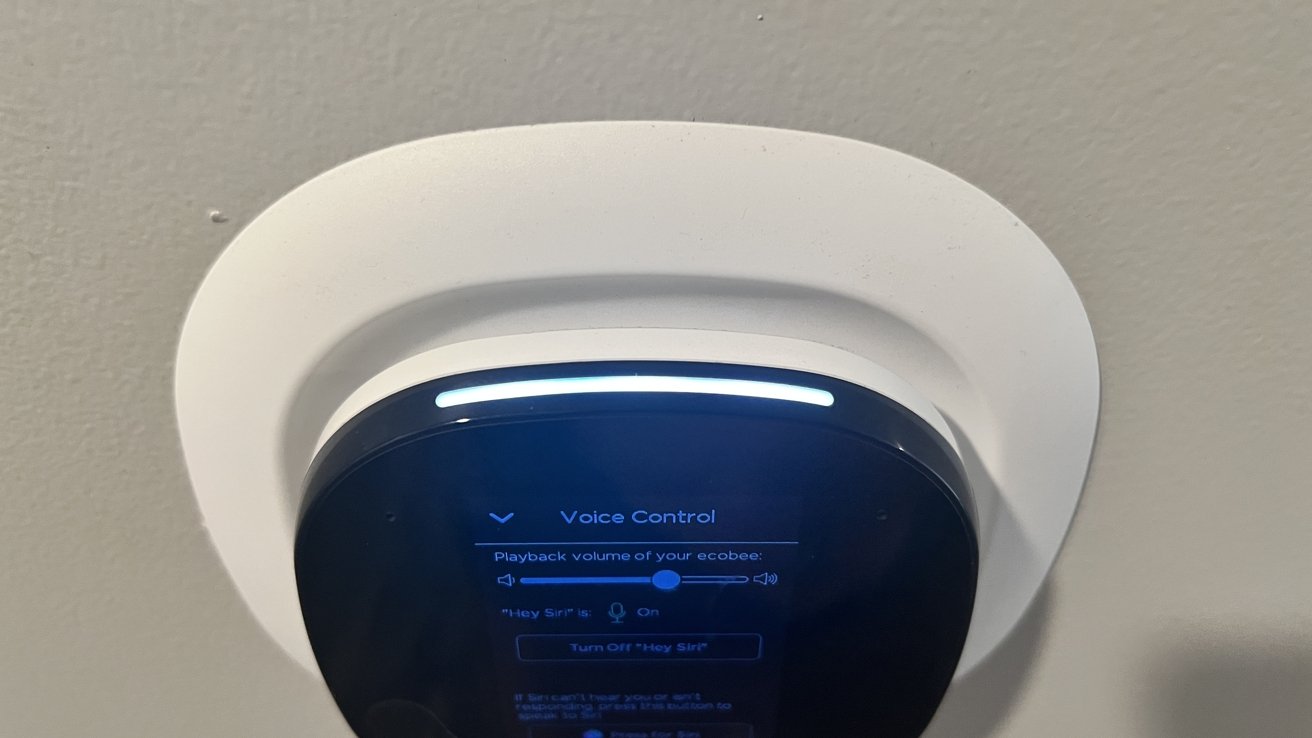 The light appears when you talk to Siri

A light will appear at the top in colors similar to what it displays above a HomePod to let you know that Siri is listening. You can then apply as usual.

So far, we have been very impressed with the integration. It worked exactly as we expected. Our biggest concern was that we would start to have too many Siri devices around us that would be confusing. We have HomePods, Apple Watch, iPhone and iPads with Siri support “Hey Siri”, but almost every time, the right speaker will wake up for us.

Sometimes we had to wake up several speakers, but then the rest would come back and only one speaker would become the active listener. We sat in front of the Ecobee SmartThermostat a few times and our mini HomePod from the other room came into place, but it was still close enough for us to get here easily, so it wasn’t a problem at all.

How useful it all depends on your home. In some ways, it’s like getting an extra mini HomePod without having to allocate counter space or money. If you have an Ecobee SmartThermostat in your living room or kitchen, this is huge, as you don’t need to find a place to connect and place your smart speaker. It is wall mounted. 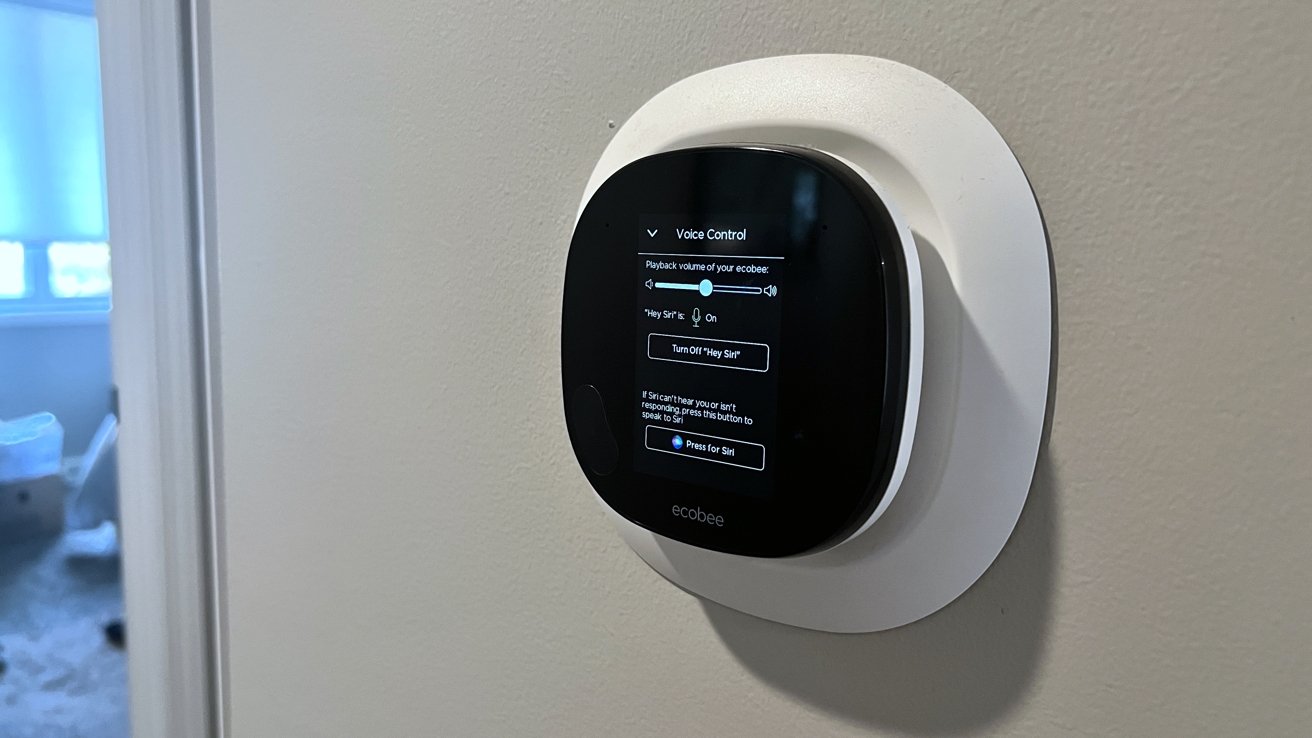 The appearance of the speaker is also fun. As an AirPlay 2 speaker, it can be configured for multi-camera sound. Sounds that come from every room in your house during a party or just during a massive spring cleaning session. The speaker here is not amazing. It is capable, but not as good as a real HomePod mini or a larger dedicated speaker. To listen to music or an audio book while cooking, it is really suitable.

There are differences between this and just buying another HomePod mini. The HomePod mini, as I mentioned, is still the one doing the processing. It is also what drives your smart home. It acts as your home hub and a Thread edge router. It also has the wonderful HandOff experience using the U1 ultra Wideband chip.

However, it remains that Siri coming to Ecobee SmartThermostat is nothing but wonderful. This has long been our HomeKit thermostat of choice and now there are even more reasons to recommend it.

When I initially reviewed the SmartThermostat from Ecobee at launch, I said that only one thing is missing – AirPlay 2. Now that it’s here with Siri, there’s no reason why it’s not a full five-star device.