The best new HomeKit features in iOS 15, tvOS 15 and watchOS 8

The best new HomeKit features in iOS 15, tvOS 15 and watchOS 8 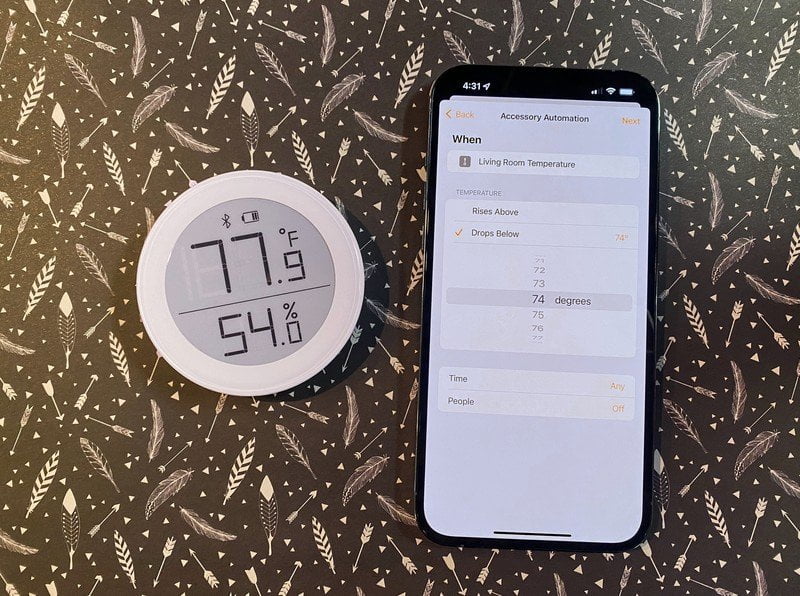 As with most annual software releases, Apple’s HomeKit – and Home app certainly didn’t steal the show in iOS 15. However, despite taking place on titles like SharePlay, there are still some significant changes to being aware of this impact we interact with our smart homes. This year, the Home app adds new automation capabilities, several HomeKit camera enhancements, and Siri finally surpasses Apple devices. Here are the best new HomeKit features in iOS 15, tvOS 15 and watchOS 8. Undoubtedly, the most significant HomeKit improvement in iOS 15 is the addition of temperature, humidity and light automation. While it’s true that you could create these types of automation before iOS 15, doing so has meant using a third-party HomeKit app – which isn’t always the easiest to use.

Starting with iOS 15.1, you can finally use the HomeKit temperature, humidity and light sensors with a few touches in the Home app. For example, you can now create an automation that automatically turns on the HomeKit ceiling fan or sets the thermostat to 72 degrees when things get a little clogged in your office.

With the arrival of winter, you can combat the dry air in your home by creating automation that triggers a HomeKit humidifier – such as the VOCOlinc MistFlow smart humidifier, if humidity levels drop below 30%. With light automation, you can use the sensors in most HomeKit rooms to create a personalized morning routine that opens your blinds and turns on the coffee machine only when the light in the bedroom reaches a specific luxury level. Another major HomeKit addition to iOS 15 / HomePod 15 software is the introduction of Siri on third-party devices. Now, for the first time, you can summon the Apple Virtual Assistant through HomeKit accessories – and potential AirPlay 2 speakers, just by saying “Hey Siri.”

Ecobee’s latest generation SmartThermostat was the first to achieve Siri integration on the device through a recent firmware update. Siri via the ecobee thermostat is surprisingly capable, the device handling personal requests, HomeKit commands, music and intercom messages just as the virtual assistant does via iPhone or HomePod.

However, there is a catch – you need a mini HomePod for the magic to happen. Siri requests through third-party accessories are quietly processed backstage via the HomePod mini. This method ensures that your requests are kept private and also ensures consistency with the answers. HomeKit Secure smart cameras and video ringtones are also gaining some new tricks thanks to iOS 15 and the new iCloud + service. One of these is Packet Detection – which, as you might expect, sends notifications to all your devices when a delivery is left at the front door.

Package Detection uses your HomeKit hub for local image processing, just as it already does to distinguish between people, animals and vehicles. With Packet Detection, you can set your camera or ringtone just to let you know when a package enters the view, so you can prevent interruptions without missing special delivery.

Shifting gears, Apple’s new iCloud + service now allows an unlimited amount of HomeKit Secure camcorders and ringtones – if you subscribe to the right level. Before iCloud +, you could only use HomeKit Secure Video with up to five cameras, even with the most expensive plan. Now, if you subscribe to the 2 TB plan, either as part of your Apple One subscription or just as an e-book service for $ 9.99 a month, you’ll have access to everything HomeKit Secure Video has to offer for all your cameras. .

HomeKit on the big screen Speaking of HomeKit cameras, tvOS 15 offers a new way to keep an eye on everything in and around your home. Accessible via Control Center on tvOS, you can now view a live stream from multiple HomeKit cameras and ringtones simultaneously with a simple grid view. The new grid view is automatically resized according to the number of rooms you have and you can permanently hide the rooms if you are only interested in specific ones.

Both the new grid view and the classic full-screen camera views now support automatic refresh. If a camera enters Unanswered mode while watching, tvOS will automatically reconnect in seconds. I like to use Apple TV with my HomeKit cameras as a permanent ambient display, and the new grid view and self-refresh make the experience much better. While Apple TV does not yet have a Home app, tvOS 15 adds the ability to control accessories in the same room as cameras and ringtones. A new accessory button is available near the bottom right corner in a full-screen view, which shows a familiar view of the Home app tile when you click. If your camera captures outdoor movement, you can use the new feature to turn on the lights or lock an entrance door without having to remove your phone.

Finally, tvOS 15 provides support for HomeKit security notifications. When a security event occurs – such as when a door is unlocked or when the alarm system switches modes, a notification will slide into view right on your big screen without hiding your contents.

redesign of the WatchOS 8 Home application On the Apple Watch, watchOS 8 introduces a much-needed redesign of the smaller Home app. The first thing you’ll notice is a new overview of the status, which shows how many lights are on, the current temperature, and more at the top of the Home app. The status area also serves as a quick way to manage used devices, as you can jump directly with one touch.

Instead of seeing only your favorite HomeKit accessories for accessory orders, the WatchOS 8 Home app now learns from your habits and features relevant devices and scenes throughout the day. If you happen to need an accessory that isn’t on the app’s home screen, watchOS 8 also offers all your devices through assigned cameras. The same goes for your HomeKit cameras, as they are all available in a dedicated tab on your camera.

He is coming; are being delivered Like a few other iOS 15 features announced back at WWDC 21, there are a few new HomeKit features that have yet to come out. One is HomeKit support for the upcoming Matter smart home initiative. Shortly after WWDC, the Connectivity Standards Alliance – which oversees the development of Matter – announced that the launch has been postponed until the first half of 2022, so naturally it is not yet available in iOS 15.

Another missing feature in action is Home Keys, which are digital keys or passages for smart HomeKit door locks. During WWDC, Apple introduced the feature along with a slide that highlights several HomeKit accessory manufacturers – Schlage and Aqara. However, there have been no announcements from any vendors yet. We’re also not sure if the new feature will be available for existing locks or if new hardware is needed – maybe with built-in NFC.

What is your favorite HomeKit feature in iOS 15?

As you can see, this year’s iOS, tvOS and watchOS updates bring much-needed quality of life improvements to HomeKit – especially when it comes to automation. What’s your new favorite HomeKit feature? Do you have creative plans for temperature, humidity and light automation?