Nike has just dropped Inter Milan’s new home kit for the 2021-22 season, a shirt that sees the club’s familiar Nerazzurri stripes pixelated in red, navy blue and black to look like snakeskin.

The wavey snake skin pattern is an ode to the wrapped grass snake or Biscione, an important historical symbol for the city of Milan and the club. The kit marks the first time in a decade that the club’s home kit refers to the snake.

Debuted in April 2021, the updated crest of the club appears on the left chest and, indirectly, under the Scudetto on the central chest. Like all Nike club shirts this season, the Inter T-shirt is built with at least 95% recycled plastic bottles as part of the Nike Move to Zero initiative.

The Inter Milan home kit will be launched on July 13 via nike.com and store.inter.it and at Nike Corso Vittorio Emanuele and the Inter store in Galleria Passerella before being launched on July 15 at other global retailers. 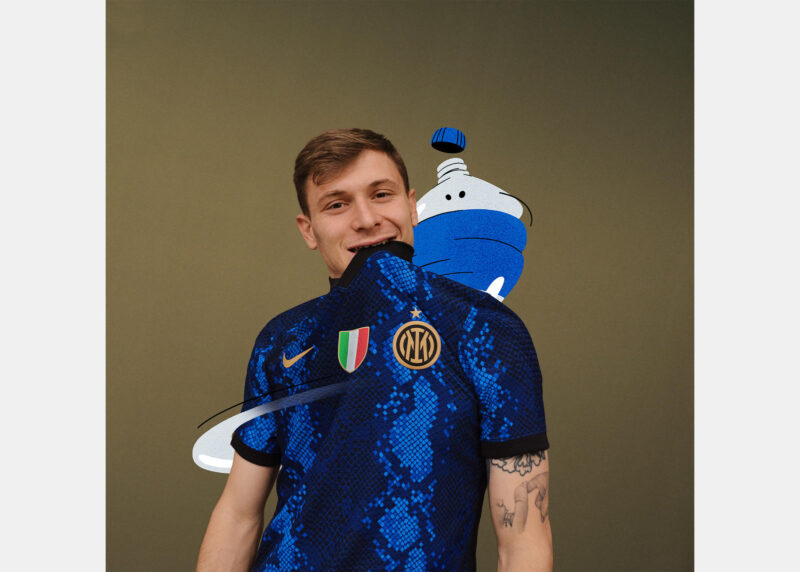 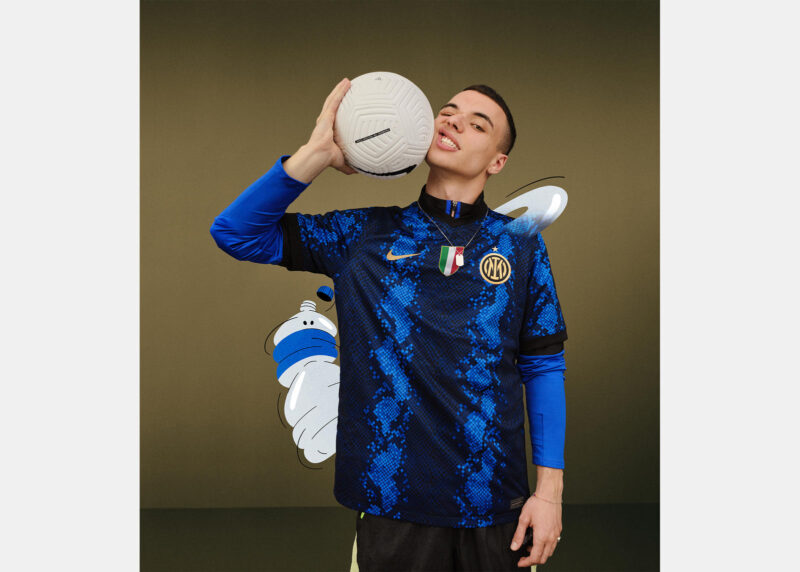