The state of the scenes seems to be confused

The state of the scenes seems to be confused 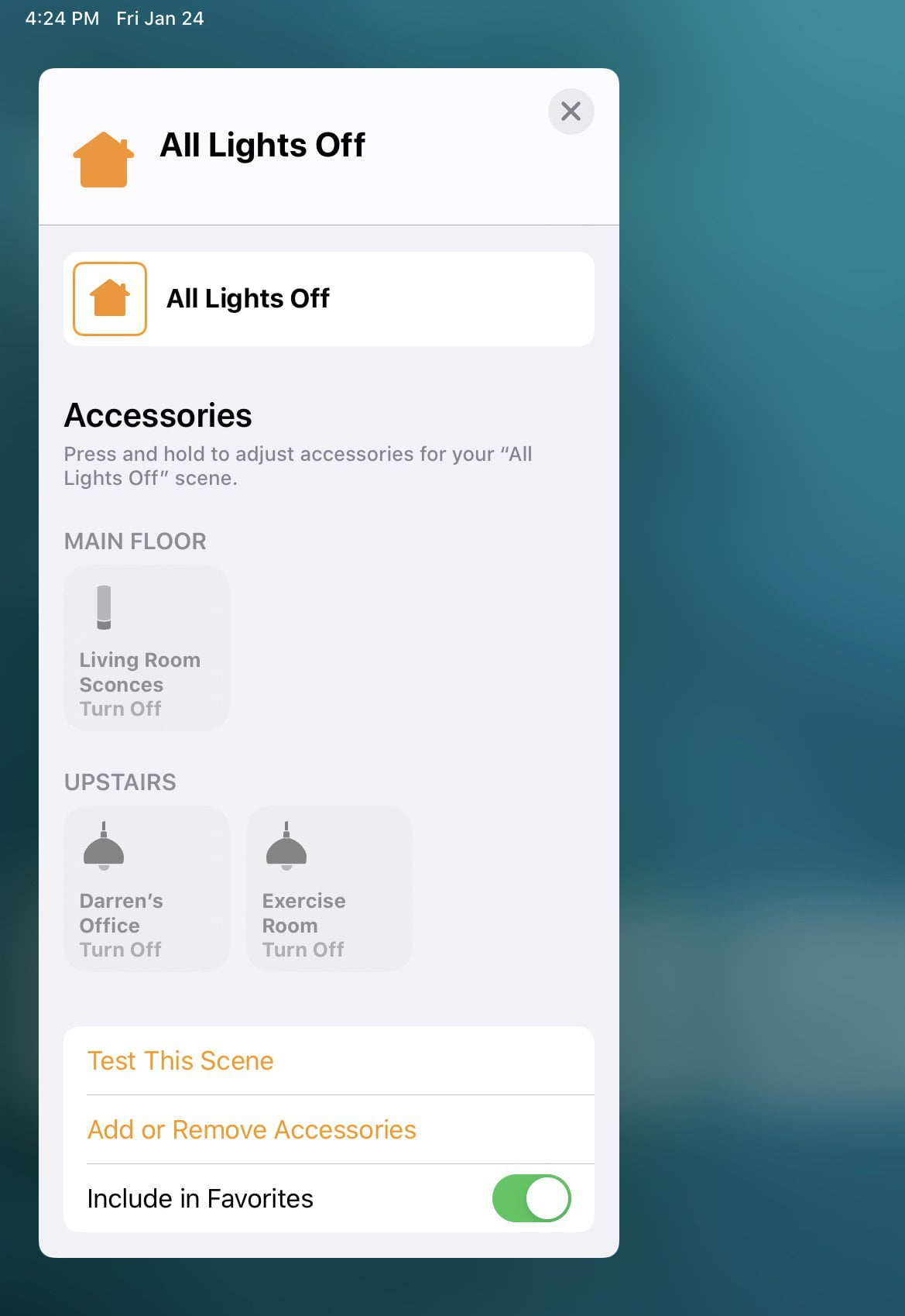 I'm just starting from here and I only have a few accessories right now. I created a scene "All the lights off" which, well, turn off all my 3 lights. Great, no problem.

This worked fine initially: if all the lights were already off, the scene will be displayed as dim / inactive. If a light were on, the scene would be lit / active.

Basically, the active / inactive state scene has become the opposite of what it should be.

This happened to me once before, after I added a light to the previously created scene. Deleting the scene and then recreating, adding all the lights at the time of creation solved the problem.

To this day, that is. I added a lock and a thermostat today, but I'm not sure why that would affect the scene.

Is there anyway a "reset" of a scene without deleting and recreating?

EDIT: Now I'm not sure if I'm losing my mind. I just tried to delete and recreate the scene again and yet if all the lights are off, the scene looks just as bright / active. Is this the way it should actually display? I swear it was the opposite before.