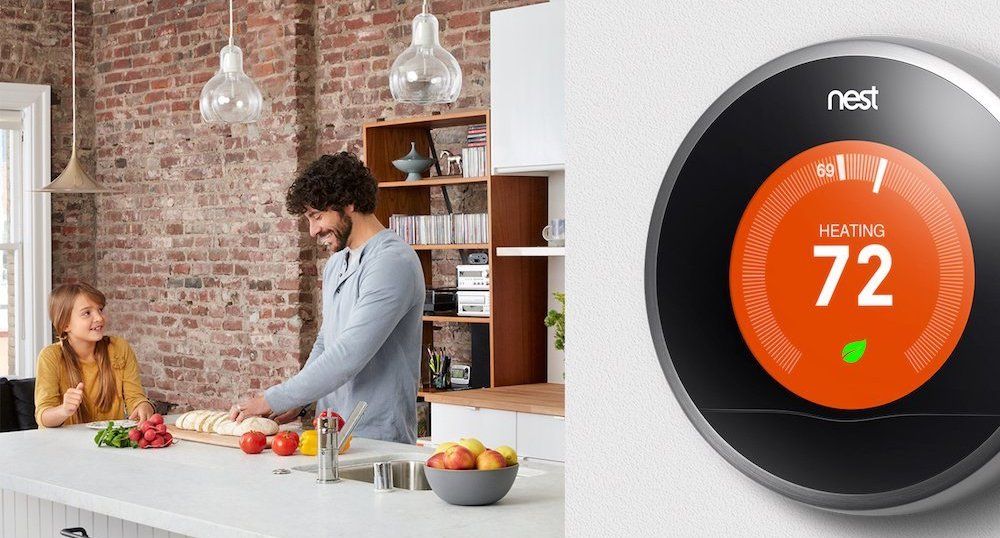 At last week’s Google Home Developers Conference, Michele Turner, senior director of product management, spoke about how Google will support Matter, a new standard that could unify every future smart home device, no matter who makes it.

During her presentation, she highlighted all the Google Nest devices that would support Matter, either through the built-in Thread radios or Wi-Fi. The devices on the slide included Google Nest Hub Max, Google Nest Hub (second generation), Nest Wifi and the new Nest Thermostat.

Not displayed: The Nest Learning Thermostat.

Yes, the iconic device that launched Nest 10 years ago – and remains one of the best smart thermostats, despite the fact that the hardware hasn’t changed in the last six years – won’t support the next generation of interoperability for smart homes, confirmed Google later.

For those unfamiliar, Matter is a new smart home protocol supported by Amazon, Google, Apple and Samsung, among others, which promises to make it easier to connect smart devices to each other. More importantly, it should simplify the installation of smart devices at home and make them communicate, whether they use Siri, Alexa or Google Assistant.

Currently, there are a number of competing standards, including Zigbee, Z-Wave, Bluetooth and even to some extent, Amazon Sidewalk. To get a Zigbee device to talk to, for example, a Z-Wave device, or to connect to the cloud, you would need a smart home hub.

Even then, there are other compatibility issues – for example, none of Nest’s products work natively with HomeKit, and Ring cameras don’t work fully with Google Home. While some of these problems are the result of competing companies not wanting to work with each other, some of them are also due to network problems.

During the Developer Conference, Google said it would launch new tools next year to allow third-party developers to work with Google Home and other Matter devices. This is good – Google lags far behind Amazon and even in HomeKit in what you can do with those devices once connected.

Let’s use the “Leaving Home” routine as an example. In Google Home, if you want to trigger this routine, you either need to set a specific time, order an order from Google Assistant, or close an alarm. In HomeKit, you can trigger this event depending on the location of your phone or if a smart home device is activated, such as locking the front door or turning off the lights. You can also trigger automation if a sensor detects something. For example, if my Ecobee smart thermostat detects motion, I can ask HomeKit to turn on the lights in that room automatically and even specify when this action should take place.

It’s kind of the same with Alexa. I can create routines that not only don’t need me to actively trigger them, but I can run them myself based on inputs from other devices in my house. Amazon can even create routines that use the sound of babies crying, dogs barking, coughing and snoring as triggers.

The next step for all smart home technology is what Dave Limp, Amazon’s head of hardware, calls “environmental intelligence,” in which your smart home devices can analyze your patterns and then suggest actions based on what you think you have. could do.

It is less than perfect; Just this morning, after I asked Alexa what the weather was like, she kindly mentioned that my commute would be a little slower today. If it’s not a traffic jam on the stairs to my attic office, I don’t see myself getting to work later than usual.

“Context-based intelligence and automation are the multiplier and key to Google’s unique strengths,” Turner said during a speech at the Google Home Developers Summit. “Making homes more proactively useful is the northern star of our vision for the smart home.”

So Matter promises a new future of smart home connectivity, but if you have the original Nest thermostat, you’ll need to upgrade it if you want to take advantage. It’s a bit silly – while we, as consumers, are trained to update our smartphones, laptops and TVs every few years (you don’t even have to do this), devices like home appliances and thermostats last much longer. long. replacement cycle. Chances are that if you install a thermostat, it will stay there for 20 years, if not longer. I’d be willing to bet that even if you have a first-generation Nest Learning Thermostat, which is a decade old at the moment, it’s probably still powerful.

My mom has a KitchenAid mixer that she received as a wedding gift 51 years ago; not only is it still going strong, but it has probably gained more skills as KitchenAid has launched new attachments over the years.

It’s proof for Nest that they designed a product so well, but the problem with electronics is the planned wear and tear. At some point, companies stop supporting them and issuing updates to keep them functional.

Although Google hasn’t said anything official, I’d expect it to reveal an updated Nest Learning Thermostat sometime next year that supports Matter; I bet a new smart Nest Protect smoke detector is on the horizon as well. I am also reasonably confident that current Nest devices will continue to operate in the future. It’s just a shame they won’t matter.