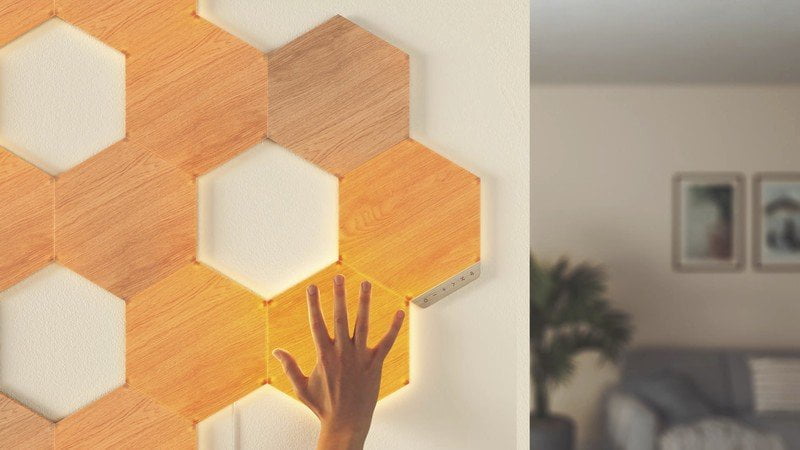 What you need to know

Nanoleaf announced the launch on Thursday of the latest HomeKit light panel system, Nanoleaf Elements Wood Look Hexagons. As the name suggests, Nanoleaf Elements panels have a wood-like texture, inspired by nature, designed to look like art while on or off.

“Our goal is to break the barrier between technology and design. With Nanoleaf Elements, we want to bring the best parts of the natural elements inside, creating those comforting experiences we all want as human beings, all without sacrificing technology. last minute “Gimmy Chu, CEO and co-founder of Nanoleaf. “Most smart products have been made to focus only on functionality and not on how it fits in a home. We are here to change that. We believe that a smart home can be innovative, future-oriented and also warmly welcomes you into a space. “

While the newest Nanoleaf panels have a new look on the outside, Elements Hexagons have the same physical specifications as the previous Shapes Hexagons series. Elements panels use the same modular style of snap-in connection system – albeit in a new color to better match the look of the wood, allowing for custom designs and allowing them to connect to existing Shapes displays.

Apart from the appearance of the wood, what differentiates the two Hexagon lines are the color capabilities and the maximum brightness levels. The elements, unlike Shapes, are able to produce only white ambient lighting, with a color temperature between 1,500 – 4,000K. Elements panels also maximize 22 lumens of brightness per panel compared to 100 lumens found on shapes.

Hexagon Elements come with 11 pre-built scenes that offer “Organic Movements” through effects that resemble the embers of a fire or clouds moving in the sky. Although colorless, Elements Hexagons can take advantage of thousands of additional RGB scenes available for download through the Nanoleaf Smart Series app. According to Nanoleaf, Elements Hexagons will automatically recalibrate colors in white light through integrated mapping technology on the panels. 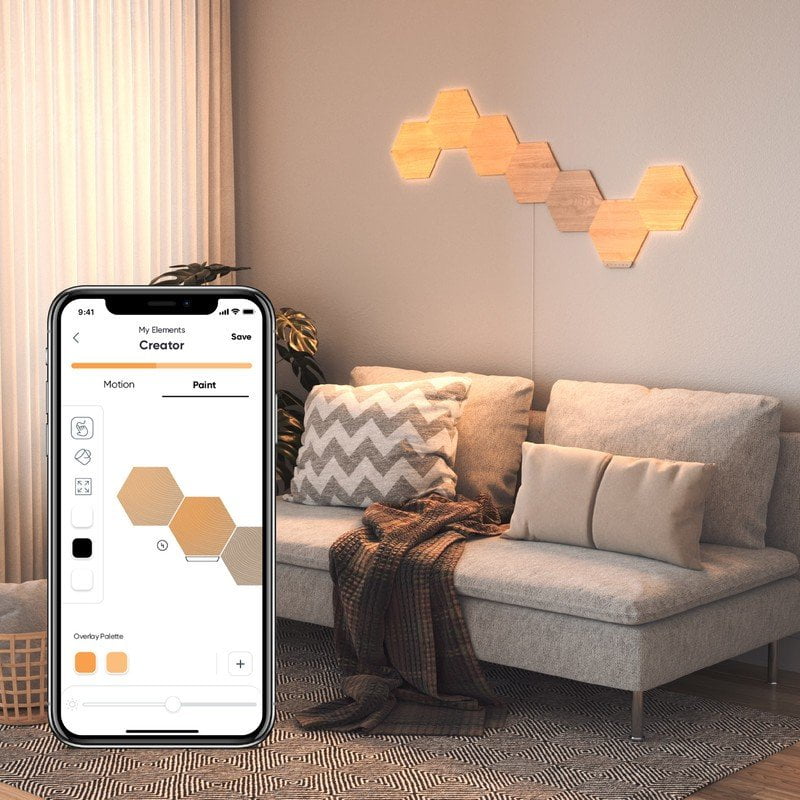 Other essentials in the Elements hexagons include touch controls, Rhythm Music Sync, programming, circadian lighting. The on-board touch controls allow for a quick change of scene, with each panel acting as a remote control and, as with previous Nanoleaf lights, can trigger HomeKit accessories and scenes when paired with Apple’s smart platform. In addition to HomeKit, Elements panels support Google Assistant, Alexa Amazon, IFTTT and Samsung SmartThings.

Along with the unveiling of the new light panel, Nanoleaf plans to expand its Thread connectivity efforts later this month. Available as a free upgrade through the Nanoleaf app, the Nanoleaf Elements, Shapes Hexagons and Shapes Triangles lines will gain the ability to function as Thread border routers. 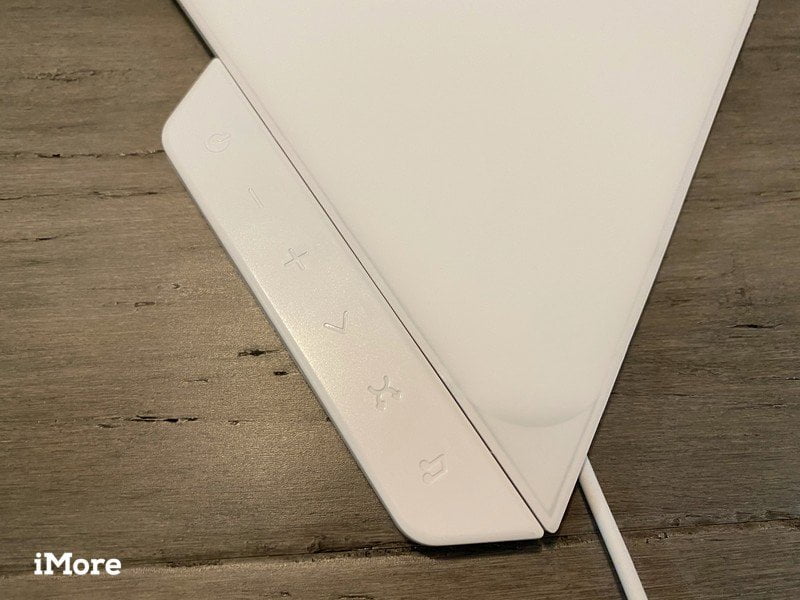 As a Thread Border Router, users can add Thread-enabled devices, such as the best choice for the best HomeKit bulbs – Nanoleaf Essentials A19 Bulb, to their smart homes without the need for an additional hub. However, despite Thread activation, Nanoleaf tells us that the Elements and Shapes controllers will do it. no more it acts as border routers and will still rely on Wi-Fi for connectivity because they don’t run on Thread alone.

The wooden-looking hexagons of the Nanoleaf elements are now available directly from Nanoleaf and will arrive on the Best Buy and Apple online stores later this year. A smarter seven-panel Nanoleaf kit is priced at $ 299, and additional three-panel expansion packs are available for $ 99. 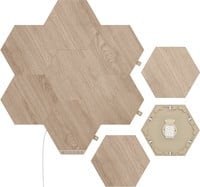 A touch of nature