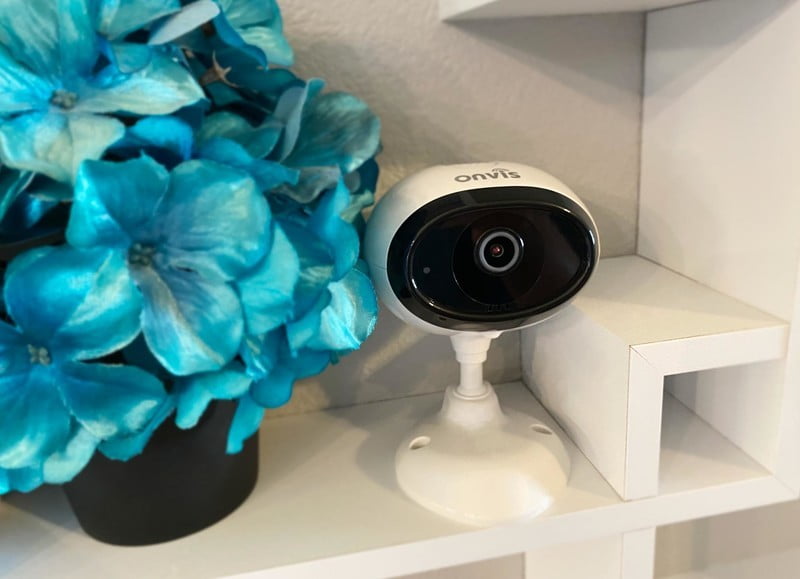 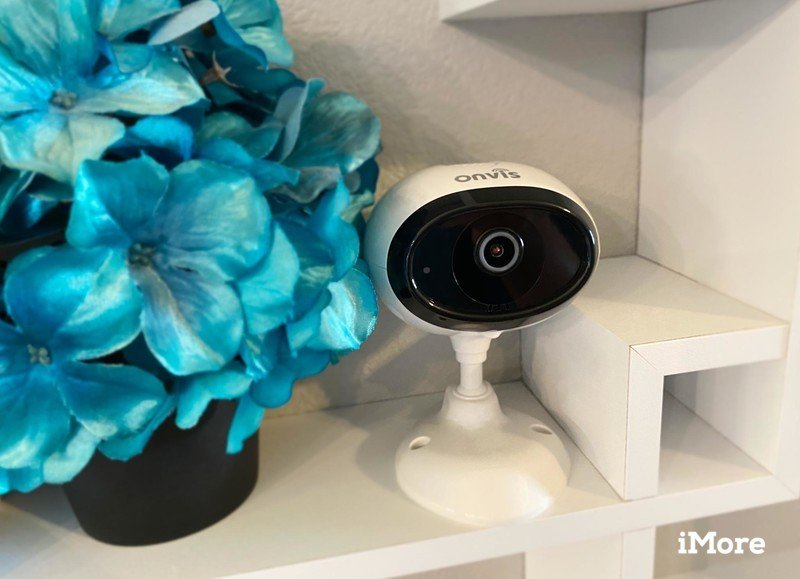 In addition to the recent HomeKit-based smart camera bar, the introduction of the ONVIS C3 indoor smart camera may not have gone through all the headlines, but its imminent launch is still significant for the platform. C3 is the first appearance of a HomeKit Secure Video camcorder that can be paired right out of the box via the Home app, with a price that is under $ 100.

Now, there are definitely cheaper HomeKit cameras, but you have to go through a few circles to get the same functionality. Whether you download a third-party app and sign up for another account, or apply a firmware update, these are all potential barriers for those looking for just an Apple-like experience with their smart home accessories.

I installed an ONVIS C3 camera a few weeks ago in my house and although I think the design and night vision are not the best around, they have a lot to enjoy, including the setup process mentioned above. Great views in well-lit rooms, fast response times to live viewing, local storage and solid reliability, certainly show that the look can be misleading.

Bottom line: The ONVIS C3 smart indoor camera makes the HomeKit right with secure video support, no-holds-barred setup and reliable performance. However, the design, the application experience and the night vision put a damper on the whole package. 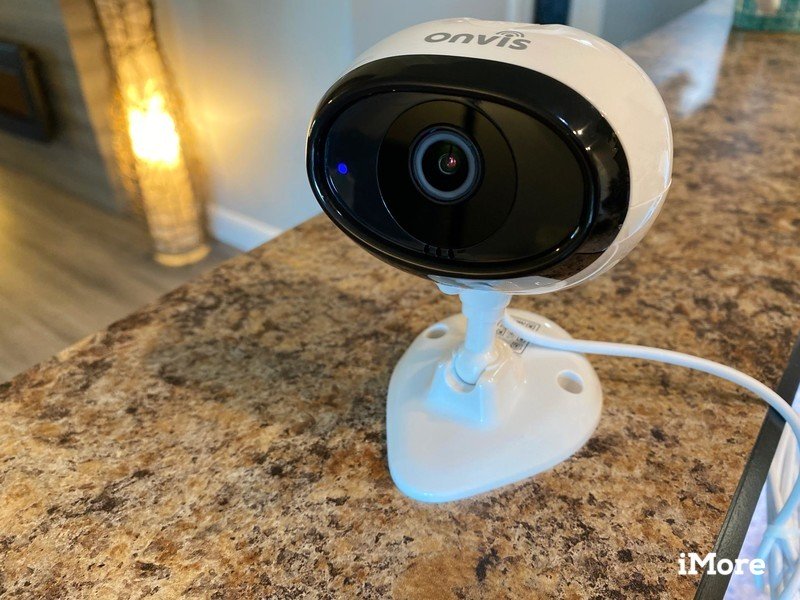 The ONVIS C3 features a classic interior camera design, with a large portion of the lens at the top connected to a wide base by a thin bracket. The glossy plastic frame is primarily white, only the front of the lens area has a contrasting black pattern. Next to the lens, there is a single LED indicator that is used for display when active or for recording.

On the left side of the C3 is a single button used to reset the camera and a micro-SD card slot that can store video locally on cards up to 128 GB in size. At the top of the camera is a significant portion dedicated to the built-in speaker, which, combined with an on-board microphone, allows two-way audio. At the back of the C3 is a single USB-C port that is used for power, and a cable, along with wall mounting hardware, is included in the box. 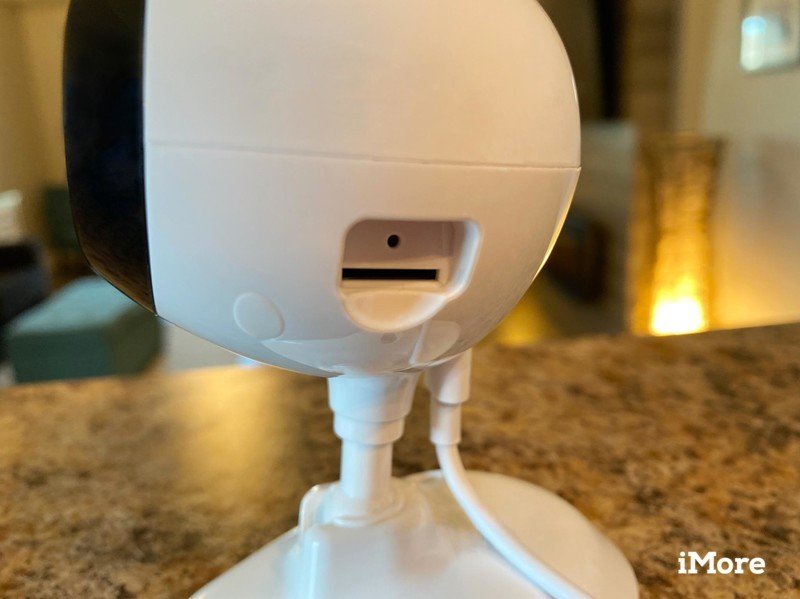 The C3 records and streams 1080p high definition video at 30 fps, with a 134 degree field of view. The camera also supports HDR and standards such as black and white night vision, but includes several unique features, such as four-second pre-recording and up to four streams. Two of these streams are reserved for simultaneous viewing with the others dedicated to local and cloud storage through HomeKit Secure Video.

The smart features are enabled via dual-band Wi-Fi that connects it directly to the HomeKit and the ONVIS Home app without a dedicated hub. Although an ONVIS-specific hub is not required, HomeKit camera support generally requires a permanent resident device, such as an Apple TV or HomePod, to be in the home. The camera supports HomeKit Secure Video right out of the box, giving you instant access to 10 days of rolling cloud storage with a paid iCloud plan. You'll also get smart notifications that can filter out unpleasant notifications, such as vehicles or animals. 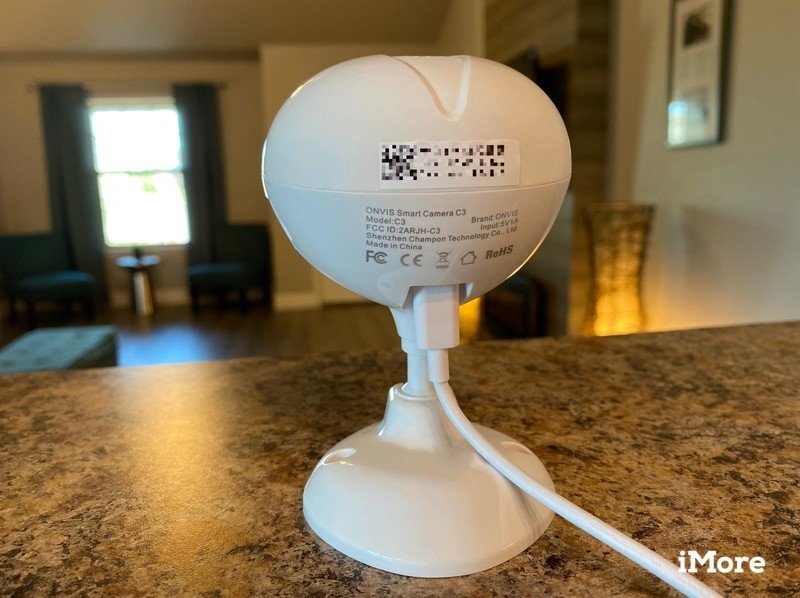 Setting up your ONVIS C3 camera was one of the fastest, as it can be up and running in minutes without a separate download or account application to sign up for. Simply scanning HomeKit code through the Home app is all that is needed, which not only makes things consistent for HomeKit fans, but is great for those with privacy issues, especially with an indoor camera.

In terms of hardware, I like how the C3 uses a USB-C connection for power and how it includes a cable right in the box. Of course, the inclusion of USB-C does not affect performance in any way, shape or form. However, it's definitely a nice touch, one that other recent HomeKit cameras have cost around twice as much as they have left. The same goes for the micro SD card slot for local storage, which is nice for backup purposes.

Simply scanning HomeKit code through the Home app is all that is needed, which not only makes things consistent for HomeKit fans, but is great for those with privacy issues, especially with an indoor camera.

When it comes to image quality, the ONVIS C3 does an excellent job with detail and general clarity in well-lit areas. I can't say that the camera meets its requirements to provide a true HDR image, but for the price, the image is fantastic and will work well for keeping tabs inside the house. The camera worked well with movement, with minimal pixelation, stuttering or strokes seen.

Extracting a live image from the Home app was just as impressive, with the feed only taking a second or two to start after reaching the camera thumbnail. With HomeKit Secure Video support, motion event notifications arrived quickly, and recorded videos were available for viewing in known history. Finally, I like how the ONVIS Home app gives you access to settings such as sensitivity, image rotation, and field of view, which are particularly lacking in other HomeKit Secure video cameras on the market.

Smart indoor camera ONVIS C3: What I do not like

Let's not beat around the bush here; ONVIS C3 is not the most beautiful HomeKit option around. The overall design of the room rises to the early days of smart security cameras, with a voluminous plastic design that makes it stand out in any decor. The dated design, plus the lack of hustle and bustle of the camera, makes the whole package feel incredibly cheap, which is a headache when built exclusively for the Apple ecosystem.

The same lack of polish extends to the Home ONVIS app, which is definitely an app I never intend to use outside of firmware updates. The app doesn't have details like visual feedback when you tap and hold a device tile, which is the only way to access accessory-specific options. The app also suffers from a few translation issues and occasional visual issues, which makes the overall experience less than ideal.

Switching to the hardware itself, while the ONVIS C3 produces a good image in well-lit areas, the night vision of the camera is not as pleasant. Captured images and watching a live feed in the dark look hurried or noisy to them, something I've never seen with a HomeKit camera before C3. Now, most cameras generally look pixelated for a few moments on initial loading, but the C3 image is not the same because the grains are smaller and do not disappear.

The night vision reminds me of an old school CCTV TV camera or a TV with analog antenna reception and it's not something I expected to see on the Apple platform. Unfortunately, the bright image goes beyond what could be a decent view, because things actually look good at night, when things line up in certain places for a second or two.

When all this is said and done, the ONVIS C3 smart indoor camera is certainly a prime example of not judging a book by its cover and how it matters on the inside. If you can look beyond its questionable design and grainy night vision, there are many things you like here.

Excellent performance, reliable connectivity and a lack of a necessary account ensure everything that makes HomeKit and HomeKit Secure Video so special. If you just want to set it and forget about the experience for less, then by all means, take a look at ONVIS C3. However, if you do value design, then the C3 may not be exactly right.

Bottom line: The ONVIS C3 smart indoor camera makes the HomeKit right with secure video support, no-account setup and reliable performance. However, the design, the application experience and the night vision put a damper on the whole package. 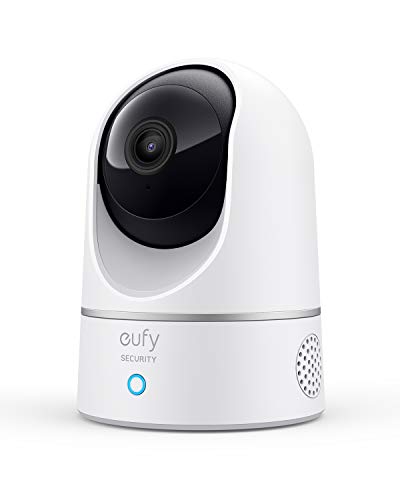 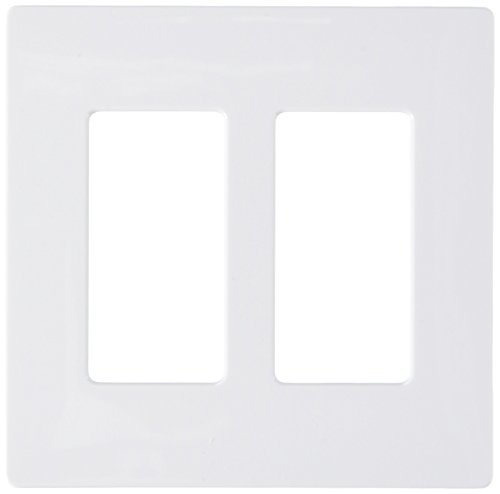 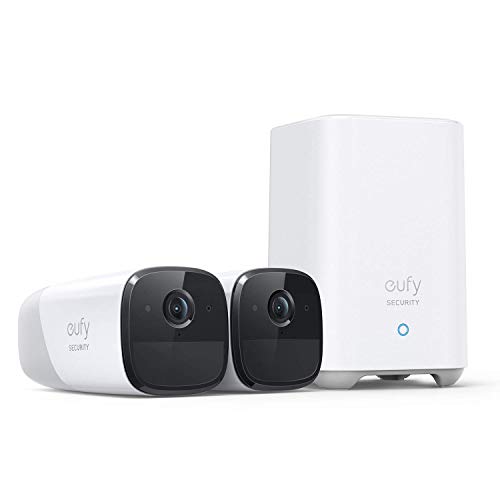 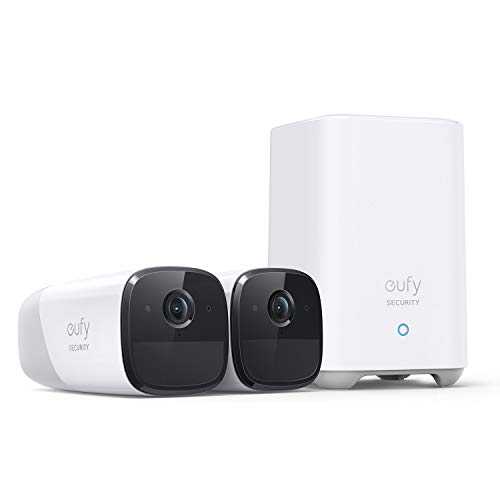 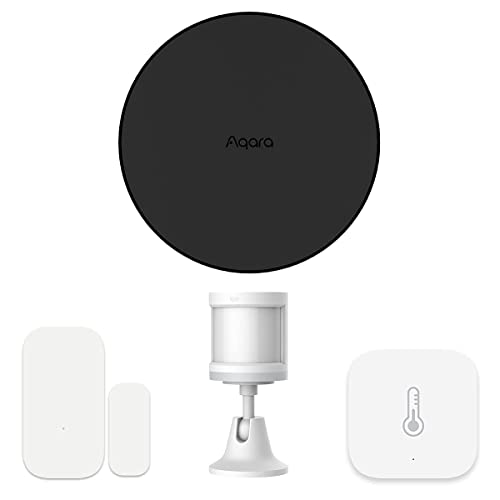