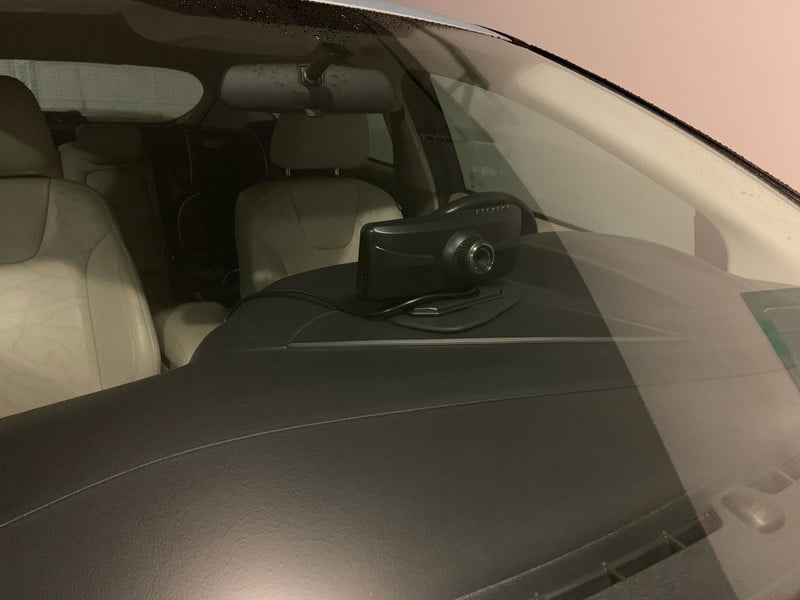 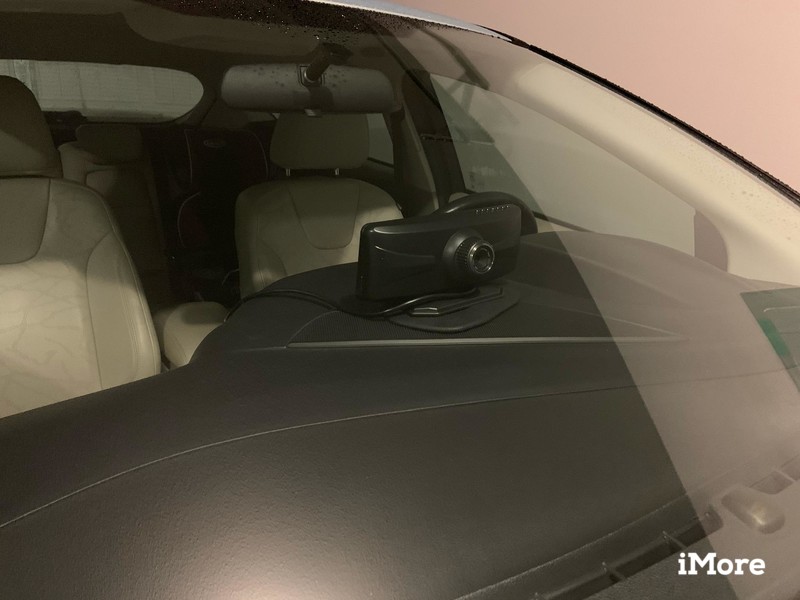 If you’ve ever driven at night, you most likely feel that someone, or something, can jump in front of the car at any time. For those living in rural areas, these could be animals that run across the freeway and, of course, in areas with a heavy population, may be a pedestrian that you may not have been able to see. Unfortunately, these situations happen too often, causing accidents that damage property or, more importantly, cause injury.

Fortunately, there is a product market aimed at remedying some of these scenarios. Some solutions are integrated directly into vehicles as optional upgrades, and others, such as Lanmodo Vast, are aftermarket accessories that you can just put on the dashboard and go. Recently I had the opportunity to test the unique Lanmodo camera system and it was surprising how effective it was to improve visibility in low light situations, which could really help those who travel frequently during the night.

Bottom line: Lanmodo Vast improves visibility in dark or low light settings, potentially avoiding dangerous situations. However, its high price and average build quality prevent it from being absolutely necessary for everyone. 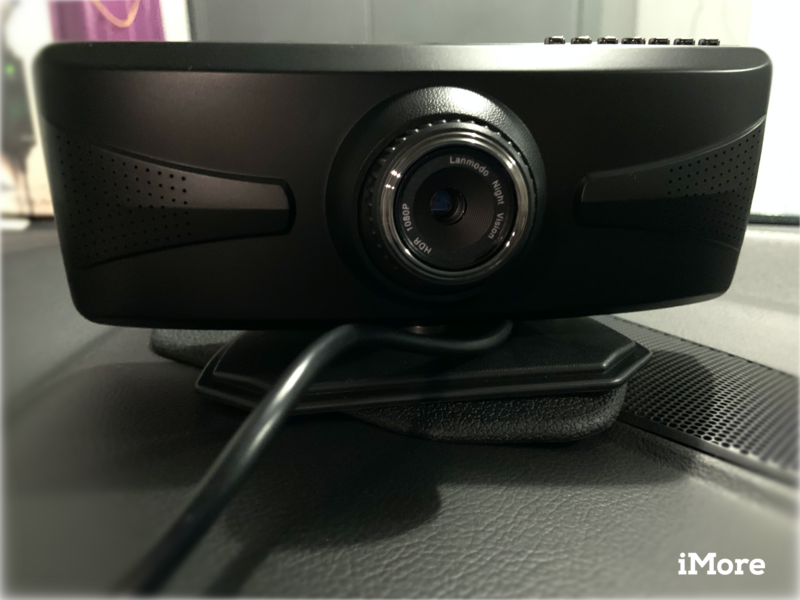 Lanmodo Vast is an all-in-one solution that incorporates a night vision camera into a frame that also houses the screen. The overall design of the unit resembles a standard rearview mirror, with an 8.2-inch IPS screen running horizontally across the entire face of the device. The screen is capable of 1080p HD video resolution and supports both color and black and white modes.

The camera on Lanmodo Vast has a 36-degree field of view and can capture images from 984 meters or 300 meters. The camera is located in the middle of the unit, on the back, and its angle can be easily adjusted by the physical movement of the lens. Lanmodo claims the lens consists of seven pieces of glass and uses a Sony chip that allows what they call active infrared to produce high-resolution images. The camera itself does not capture videos and is only for displaying a live view of the road. The camera does not interface with any screen you can have in the vehicle.

Powering the camera works by connecting to an available 12v “lighter” port or OBD port on modern vehicles. Both options come in the box and, if you’re really adventurous, an optional battery pack can make the whole thing useful for camping trips. A rearview camera is also sold separately, and Lanmodo Vast comes with an inline port for quick installation with the display. 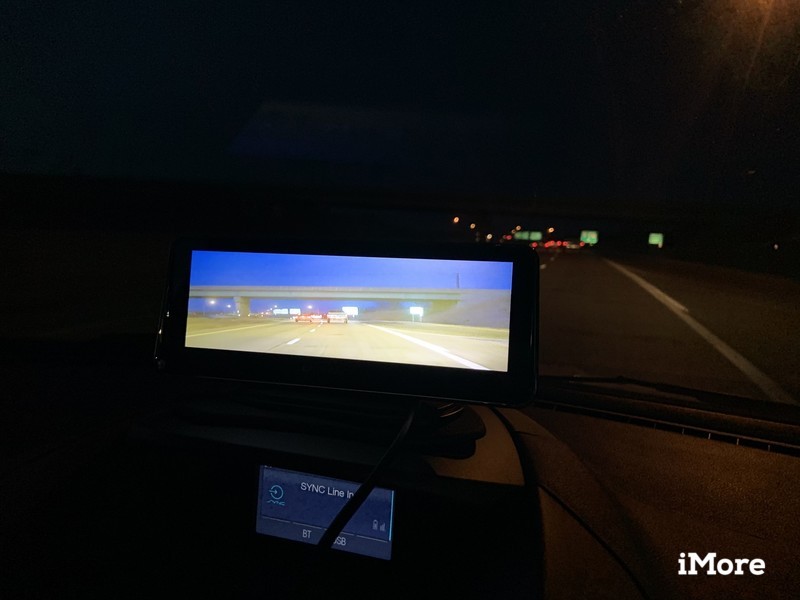 Setting up Lanmodo Vast was a quick and easy experience that anyone can achieve in just five minutes or less. The camera is fitted with a non-slip mat that rests on the dashboard and a suction cup mount that attaches to your windscreen. For my tests, I went strictly with the non-slip mat, as the solutions for suction cups for other accessories, such as phone stands, ultimately fail (from my experience). The non-slip carpet kept the room in place during my travels, which was surprising given that the unit was just above the carpet.

While I managed to capture some images that show some of his abilities, to see that he believes, his impact is more impressive in person.

Of course, night vision is the main attraction here, and Lanmodo Vast has maintained its claims to improve the ability to see in the admirable darkness. For my tests, I took a camera unit on a busy highway, residential roads and a completely unoccupied neighborhood that was under construction.

While I managed to capture some images that show some of his abilities, to see that he believes, his impact is more impressive in person. Whether it was an overtaking distance, or a deer moving by chance not too far ahead (see gallery below!), The camera displayed details that would otherwise have gone unnoticed until much closer.

The most dramatic experience was on the road mentioned earlier, where I was able to pick up things, such as slight variations in the height of the soil on the display, which was quite non-existent, looking through the windshield. Other things, such as construction equipment and debris on the road and off the road, were seen much faster, giving me a better sense of awareness in an unknown place. 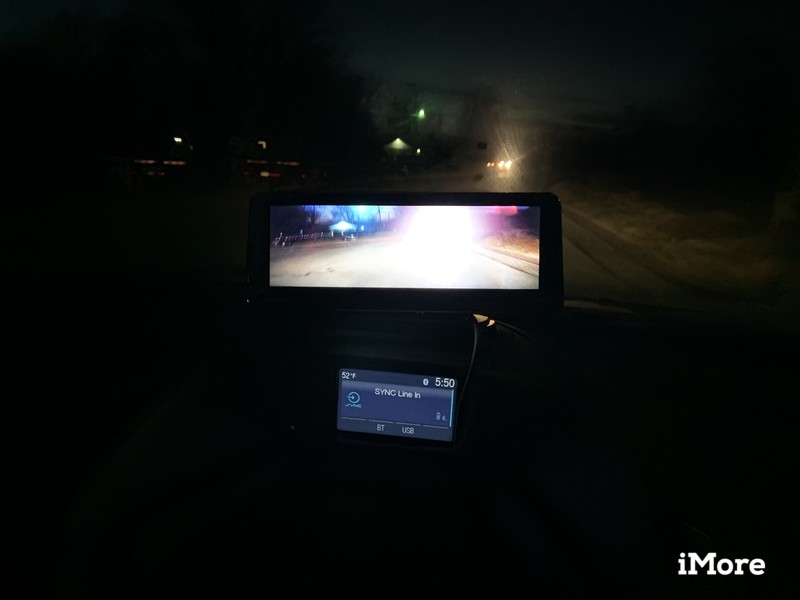 Before my test unit arrived, I was fully aware of the high price that comes with Lanmodo Vast, so I expected the best in terms of build quality. While Lanmodo Vast is not poorly built, it lacks a certain fit and finish that usually come with “superior” products. The camera case is completely plastic and extremely light in the hand, which makes it feel less substantial than you would expect for the price.

The non-slip carpet, which prevented the room from sliding around my painting, had a strange design that I couldn’t tell if it was a defect or not. The carpet has a groove that mimics the base of the room, which would indicate that the room is intended to nest itself, but the cinnamon was not large enough for the base. This made the camera sit just above the wallpaper, which just felt and looked uncomfortable. The instructions that came with the camera didn’t touch this at all, so I’m still not sure what the “right” way is.

As for the actual operation, the display portion of the camera seemed to pick up a little glow from the oncoming vehicle headlights. This means that when you get on a freeway with a lot of cars, your ability to see your surroundings has an impact. When you are on a small side street, where you pass directly next to an oncoming car, the screen becomes essentially impossible to see for that brief moment. Light certainly makes the room more suitable for those foundations or country roads where there are not too many actions and I hope there is a magic way in which the company can approach it in future revisions.

When all is said and done, the Lanmodo Vast Car Night Vision camera works as an advertisement, instantly enhancing the ability to see at night. This room is easy to install, either with a suction cup holder or a carpet directly on the dashboard and uses a single power cord, preventing it from looking out of place. However, true value can only be determined by your specific needs.

If you drive a lot at night in unlimited areas, then Lanmodo Vast can definitely help you stay aware of your surroundings, giving you extra peace of mind. If not, however, it is a much tougher sale, especially given the price and some of its shortcomings. Regardless, I can hardly wait to see how far this type of technology can go and I can imagine a day when it comes standard on all vehicles for its potential impact on safety. But for now, we can have a little slice of the future today, with solutions like this smart camera.

Bottom line: Lanmodo Vast improves visibility in dark or low light settings, potentially avoiding dangerous situations. However, its high price and average build quality prevent it from being absolutely necessary for everyone.