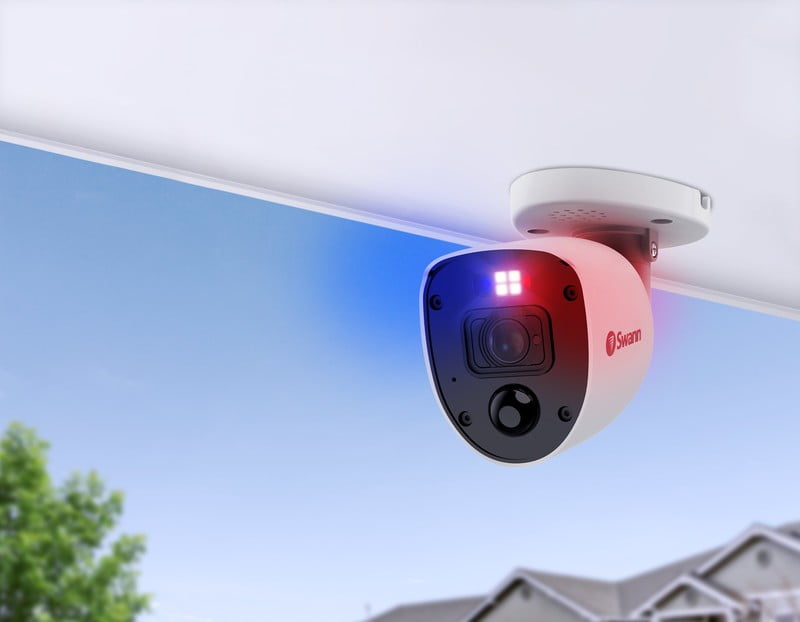 DIY home security experts, Swann, have announced that their Enforcer security system and Tracker security camera are now available. The latest camera systems feature “Speak to See”, smart home integration that allows homeowners to view their homes on demand with Alexa Amazon and Google Assistant, as well as unique tracking and police lighting.

The tracker can transmit and record videos in 1080p HD resolution and has a field of view of 180 degrees. The camera offers infrared night vision, which provides coverage in the dark up to 32 meters away. Videos can be recorded directly in the camera’s local storage, which consists of a 32 GB Micro SD card, which is included in the box and can be expanded up to 128 GB if desired. For smart capabilities, the camera connects directly to a home network via Wi-Fi and does not require a dedicated hub, and the camera is powered by micro USB.

Swann’s Enforcer security system achieves a more traditional security system design with a basic unit and dedicated cameras. Enforcer cameras capture video in 4K resolution, and the material is stored on a 2 TB hard drive and can be protected in the cloud for additional storage. As with the Tracker, the Enforcer system can connect to the Swann Security app on iOS and Android for remote viewing.

Unique to the Enforcer system are the integrated blue and red LED lighting that mimics the look of police vehicles when the alarm is activated. For added security, the Enforcer system also includes a built-in siren and True Detect heat and motion detection. Enforcer rooms connect to the dedicated base via wiring included and up to 8 channels are supported.

The Swann Tracker security camera is now available directly from Swann and various retail partners for $ 79.99. The Enforcer security system in a 6-room kit is also available online through Swann, as well as through the Best Buy website and retail stores starting at $ 479.99.