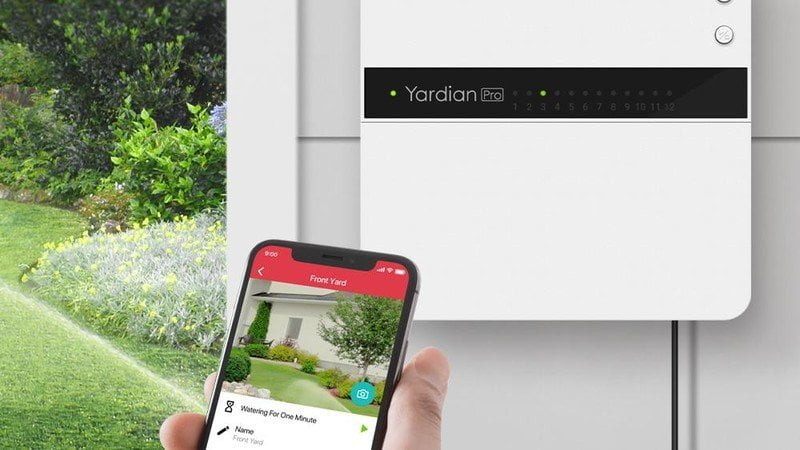 The new Yardian Pro is designed to help save time, money and, most importantly, the environment. Keep your lawn green and green while it goes green! Estimates show that this remarkable controller can reduce water consumption in a household yard by up to an extraordinary 50% using its smart schedule and rain jumps.

Setting up the system is simple, as can be done through the Yardian app for iOS and Android or through Amazon Alexa, Google Home and Apple HomeKit. Monitor jump rules, check water consumption and control the entire spray system from anywhere.

For manual controls, Yardian Pro works with the Yardian application, Alexa, Google Assistant and now, the Apple HomeKit via Wi-Fi or Ethernet. In the Yardian app, users can review water usage over time, switch hotspots, customize Jump Rules, and set a traditional schedule. The app also provides users with visual feedback around plant growth depending on the amount of water provided by programming.

The new Aeon Matrix Yardian Pro takes the guesswork out of watering your yard by generating a 100% fully automated smart program that helps determine the days and durations of sprinklers. The smart program optimizes a watering program based on soil, plant type, sun exposure and more. It also uses real-time weather monitoring, which will automatically omit watering in adverse weather conditions, such as rain or freezing temperatures. With a unique “conditional program”, you could apply extra water when the temperature is high.

Although limited, controls through HomeKit and the Home app allow on-demand watering, with a choice of duration. The Home application does not currently provide scheduling, scene, or automation options for HomeKit sprinkler controllers, so the Yardian application or a third-party HomeKit application will still be required for advanced controls.

The Yardian Pro is now available through Yardian.com and Amazon at a starting price of $ 149.99 for the eight-zone model. The Yardian app is available for free download on both the App Store and Google Play.