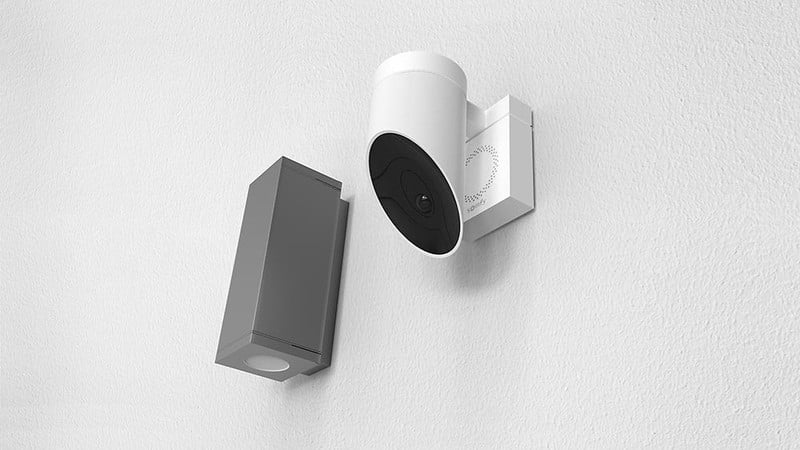 Somfy has released an update to its outdoor security application and Protect that adds support for Apple’s HomeKit. The update, which was announced in a forum post (via iGeneration) Today, a series of announcements for HomeKit-enabled cameras follow, which have dropped in recent weeks.

Somfy’s outdoor security camera, which is only available in certain European markets, offers several smart camera staples, including application controls, two-way audio, night vision and motion event notification. The camera records video in 1080p resolution with HDR and has a field of view of 130 degrees. Camera storage options include direct upload to cloud storage accounts, such as Dropbox or Google Drive.

Other points of interest include the ability to power it directly from existing light cables outside and two color options. Also unique to the outdoor security camera is a built-in siren that can be triggered manually or when motion is detected and is capable of reaching 110 decibels. In addition to the newly added HomeKit support, the camera works with Alexa Amazon, Google Assistant and IFTTT.

To enable HomeKit support, users must have the latest version (3.15.2) of the Somfy Protect application and be up to date with the latest camera firmware running today. Somfy has published a number of HomeKit guides, including detailed steps for adding the outdoor security camera to the Home app, which involves scanning a generated QR code.

The Somfy outdoor security camera sells for GBP 209.00 and can be purchased directly from the company’s website or from retailers such as Amazon UK.