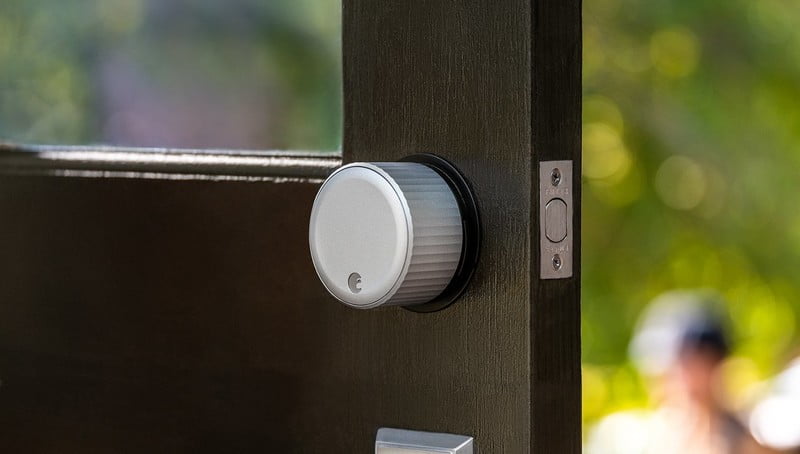 Smart Lock Wi-Fi August has a significantly smaller footprint than its predecessors, which makes it a little easier on the eyes when installed. August claims that the lock is about 45% smaller in volume and 20% thinner than August Smart Lock Pro, its previous driver. Despite its smaller size, the lock still retains its iconic circular design and comes in Silver and Matte Black options.

Size 45% smaller in volume and 20% thinner than August Smart Lock Pro – and without the need for an additional Wi-Fi Connect Bridge – August Wi-Fi Smart Lock has a nice discreet and simple design. It also has some subtle but valuable design features. The locking face provides smoother surface transitions and rounded edges, while the refined, textured ridges surrounding the padlock invite tactility when the lock is manually rotated (the turning mechanism is smoother).

In addition to smart controls, the August Wi-Fi smart lock includes staples, such as proximity-based auto-lock / unlock, guest keys, and a timeline of activity. The updated lock is compatible with the existing August keypad for unlocking the pin code, and its unique DoorSense feature can warn users if a door is left open or unlocked after a short time.

The August Wi-Fi smart lock has a retail price of $ 249.99 and can now be purchased directly from August.com and Best Buy. The lock will be available through additional retailers starting May 17th.