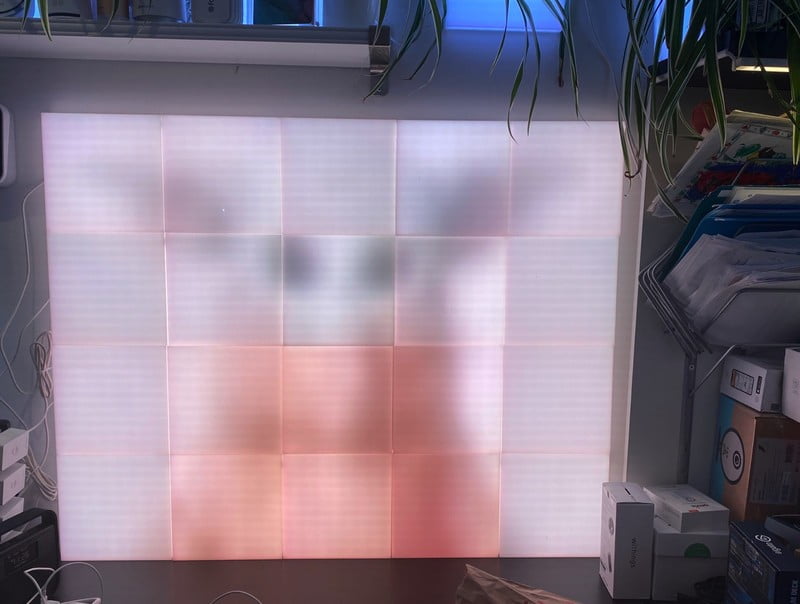 An amazing LIFX Tile hack is making rounds which puts images and animations in front of and in the center of the intelligent lighting system. Christopher Young, a renowned homekitgeek.com and YouTube, has been working on the project for the past few weeks and recently shared some incredible things, such as Baby Yoda.

In addition to still images, Christopher is able to display things like YouTube subscriber numbers. This incredibly automatically updates the numbers on the light panels when new subscribers are added. Short animations are also possible, with a recent tweet featuring a supernova.

Christopher tells me that the inspiration for the project was his daughter and that he just wanted to do something cool for her birthday. Of course, once he began to share some of his work, almost all of them were requested, including the supernova mentioned above.

The funniest part is that this project was TOTAL because of my daughter. I really wanted to do something cool for her birthday and the plan was to take pictures with her friends and then display them on the plates.

Christopher mentions that he has deposits for the project, because it seems that the possibilities are endless. Ideas include exploring the ability to create dashboard data from sources such as air quality monitors and even the potential display of live camera streams.

There are, of course, some disadvantages of the project, one of which is that the commissioning of this hack and its operation is not as simple as drag and drop so far. The other is that LIFX boards are incredibly hard to find and, if you happen to find some for sale, they will come with a premium price tag.

Christopher intends to provide a tutorial in the future, but at the moment the project requires tangling things behind the scenes (code), but progress is being made in terms of being a little friendlier.